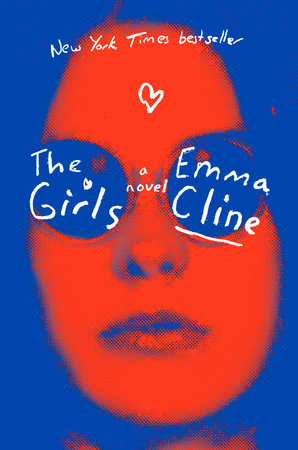 1. The Girls takes place in the summer of 1969. When Evie explains the era to Sasha, she says “It was a different time … Everyone ran around” (144). Do you think that what happened to Evie could have only happened in the 1960s? Or is her story a timeless story? How might her story be different, if it happened today?

2. One of the central relationships in The Girls is between Evie and Suzanne. What did you make of their connection? The first time they meet, Suzanne is hesitant to let Evie come along (94-95). Does she sense something about Evie from the very beginning? What might it be?

3. Evie describes the “constant project of our girl selves” and the specific attentions that project requires—the make-up, the grooming rituals. Did you see a parallel in Evie’s mother’s behavior? What are the similarities and differences between Evie’s “constant project” and her mother’s new search for “an aim, a plan”?

4. 1.      In looking back at the time before her parents got divorced, Evie describes “the freedom of being so young that no one expected anything from me” (78). Do you think that freedom still exists when she is a teenager—or has it already disappeared? Why might that sense of freedom start to vanish, as she gets older?

5. Evie delineates the difference between the attention girls can get from boys, and the attention they can get from other girls: “Girls are the only ones who can really give each other close attention, the kind we equate with being loved” (34). What do you make of this? Is something all of the girls in this story are aware of, consciously or unconsciously? Do you think it holds true forever, or does it change as girls grow older?

6. At the same time, though, Evie says that she “didn’t really believe friendship could be an end in itself, not just the background fuzz to the dramatics of boys loving you or not loving you” (49). How does this notion change and evolve as the story goes on? Do you consider Evie’s relationship with Suzanne to be a friendship, or something different?

7. Evie is constantly sizing up other girls and women, measuring their beauty and assessing them “with brutal and emotionless judgment” (34). But Suzanne, she decides, “wasn’t beautiful … It was something else” (68). How does this complicate her understanding of, or attraction to, Suzanne? Is beauty something that is valued by Russell, Suzanne and others, in the world of the ranch?

8. What did you make of Evie’s dynamic with Sasha? What similarities to—and differences from—her teenage self might Evie see in Sasha? Why do you think Evie tells Sasha so much about her past?

9. Why do you think Evie decides to mess with Teddy Dutton, when she brings his dog back to his house? Does she have a newfound feeling of power, after spending time at the ranch? Do you think that interaction with Teddy paves the way for her and the girls’ later intrusion into the Dutton house?

10. Were you surprised by the character of Tamar, and her relationship with Evie? How does Tamar differ from the other girls and women in the story—from Suzanne, from Connie, from Evie’s mother?

11. Looking back, Evie questions whether she might have known what Suzanne and the others were planning, and whether she would have participated: “Maybe I would have done something, too. Maybe it would have been easy” (321). Do you think Evie would have gone through with it, if she had stayed in the car? Why, or why not?

12. At the end, Evie describes Suzanne letting her go as “a gift” (351), allowing Evie to have the normal life that Suzanne herself could not. But she reflects that it might have been easier to be punished and redeemed, as Suzanne was. What did you make of Evie’s still-conflicted feelings about that chapter in her life? Would it ever be possible for someone in Evie’s situation to make peace with the past? If so, what do you think prevents her from doing so?

Learn More About The Girls
print
Back to Top