Up From Freedom Reader’s Guide 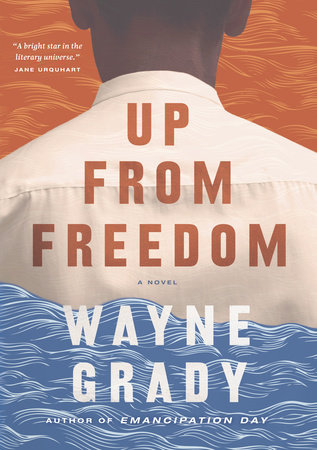 Up From Freedom Reader’s Guide

print
Up From Freedom Reader’s Guide

1. How does your perception of Moody change throughout the book, and why? Do you think he ever becomes aware of his complicity in the cycle of slavery?

2. Moody falls in love with three different women over the course of the novel: Annie, Rachel and Tamsey. What does he learn from each relationship?

3. “It was time for him to stop acting surprised and indignant whenever anyone suggested to him that the reason he hadn’t freed Annie or Lucas was that he had liked it that their relationship was based on ownership, that that was the way he’d been raised, and, hate it though he professed he did, it was the relationship he understood and felt comfortable with.” What do you, the reader, gain by seeing this family relationship—Moody, Annie and Lucas—from different points of view?

4. In the novel, we see how slavery travels across generations, impacting each one differently over time. How does slavery impact Annie differently than it does Lucas? What about Tamsey and her children? How do you think the history of slavery has impacted the current generation of African-Americans and African-Canadians?

5. Moody notes that black people in the north “are free blacks—a designation that usually signifies a man is free from slavery, but that here has come to mean also a man who works for free. Or for wages so low that he can’t afford to do anything about his situation.” Do you think Moody’s observation has any merit? Is it possible to have the legal rights of a free person, but to still lack freedom?

6. Moody is fascinated by geology—by changes in nature over time, how the natural world is a product of these changes, and how all these changes leave a trace on the Earth. In what ways do memory and human history resemble geology? Is it ever possible to escape our past? How do we reconcile ourselves with our shared history?

7. Parts of Up From Freedom are meant to raise ethical and philosophical questions for the reader without necessarily providing answers. What questions did the novel raise for you? Do you think those questions are relevant in the current global climate?

8. Mr. Kastchen tells Moody that many people who oppose slavery—including the Religious Society of Friends—also oppose the Underground Railroad, believing that the most effective way to end slavery is through political channels and legal change. “The Society believes that helping a few thousand individuals into Canada is nothing compared to freeing four million with the stroke of a pen, but the way I see it, our few thousand will still be alive when the changes come, if it does, whereas if we didn’t help them, they almost certainly would not be.” When is it better to take legal routes to enact change, and when might it be necessary to take direct action? How does one decide? Where does one draw the line?

9. There are horrific scenes of violence against black people throughout the novel—how did the writing affect you?

10. As you read Up From Freedom you meet many characters and then have to say goodbye to them without knowing what their fate will be. What does this sense of unease do to you as you’re reading? Why do you think Grady does this?

11. What conclusions about racial divisions based on skin color can be drawn from the trial?

13. Tamsey advises Moody that, rather than simply freeing the slaves on his Georgia plantation, he should ask them what they want. Why do you think she says that? Is it fair to ask the oppressed to come up with their own solutions to the problems of racism? Or is it better to impose the oppressor’s concept of freedom on those who seek social change?

14. “Nothing was forgiven. Somethings were forgotten, but damn few, and only for a time. But nothing is ever forgiven.” This was Moody’s internal struggle throughout the novel. Do you agree with Moody? Why or why not?

15. Who would you recommend Up From Freedom to? Why?

Learn More About Up From Freedom
print

Across the Endless River
Thad Carhart

I Gave My Heart to Know This
Ellen Baker

Someone Knows My Name
Lawrence Hill
Back to Top