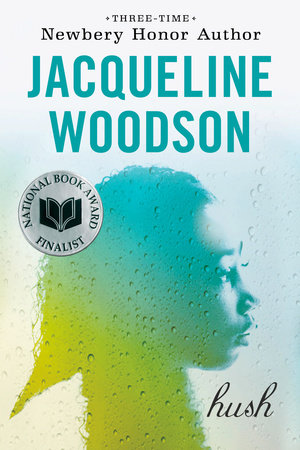 Where did you get the idea for Hush?

Some years ago I read an article in the New York Times Magazine that started the seed for Hush. I did a good bit of research and just thought about the story for a long time before I started writing it. I kept asking “Who would I be if this happened to me? What would I have left?” It was devastating to think about but at the same time, it really made me grateful for all that I do have—all the people in my life who have been with me since childhood, my family, my pets, everything.

From the Notebooks of Melanin Sun
Jacqueline Woodson

The Other Half of My Heart
Sundee T. Frazier

Before the Ever After
Jacqueline Woodson

The Length of a String
Elissa Brent Weissman

The Best Bad Luck I Ever Had
Kristin Levine

Mockingbird
Kathryn Erskine
Back to Top