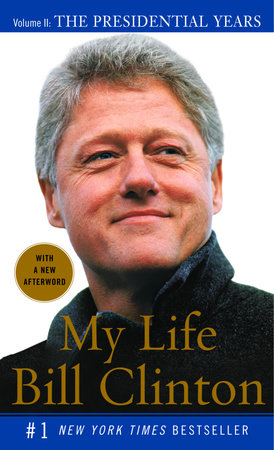 About My Life: The Presidential Years

President Bill Clinton’s My Life is the strikingly candid portrait of a global leader who decided early in life to devote his intellectual and political gifts, and his extraordinary capacity for hard work, to serving the public.

It shows us the progress of a remarkable American, who, through his own enormous energies and efforts, made the unlikely journey from Hope, Arkansas, to the White House—a journey fueled by an impassioned interest in the political process which manifested itself at every stage of his life: in college, working as an intern for Senator William Fulbright; at Oxford, becoming part of the Vietnam War protest movement; at Yale Law School, campaigning on the grassroots level for Democratic candidates; back in Arkansas, running for Congress, attorney general, and governor.

We see his career shaped by his resolute determination to improve the life of his fellow citizens, an unfaltering commitment to civil rights, and an exceptional understanding of the practicalities of political life.

We come to understand the emotional pressures of his youth—born after his father’s death; caught in the dysfunctional relationship between his feisty, nurturing mother and his abusive stepfather, whom he never ceased to love and whose name he took; drawn to the brilliant, compelling Hillary Rodham, whom he was determined to marry; passionately devoted, from her infancy, to their daughter, Chelsea, and to the entire experience of fatherhood; slowly and painfully beginning to comprehend how his early denial of pain led him at times into damaging patterns of behavior.

President Clinton’s book is also the fullest, most concretely detailed, most nuanced account of a presidency ever written—encompassing not only the high points and crises but the way the presidency actually works: the day-to-day bombardment of problems, personalities, conflicts, setbacks, achievements.

It is a testament to the positive impact on America and on the world of his work and his ideals.

It is the gripping account of a president under concerted and unrelenting assault orchestrated by his enemies on the Far Right, and how he survived and prevailed.

It is a treasury of moments caught alive, among them:

• The ten-year-old boy watching the national political conventions on his family’s new (and first) television set.

• The young candidate looking for votes in the Arkansas hills and the local seer who tells him, “Anybody who would campaign at a beer joint in Joiner at midnight on Saturday night deserves to carry one box. . . . You’ll win here. But it’ll be the only damn place you win in this county.” (He was right on both counts.)

• The roller-coaster ride of the 1992 campaign.

• The extraordinarily frank exchanges with Newt Gingrich and Bob Dole.

• The delicate manipulation needed to convince Rabin and Arafat to shake hands for the camera while keeping Arafat from kissing Rabin.

• The cost, both public and private, of the scandal that threatened the presidency.

Here is the life of a great national and international figure, revealed with all his talents and contradictions, told openly, directly, in his own completely recognizable voice. A unique book by a unique American. 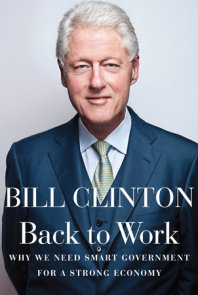 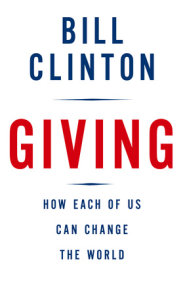 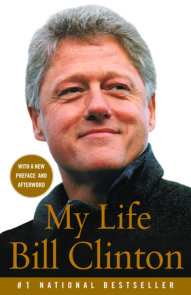 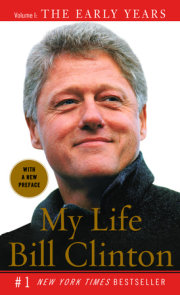 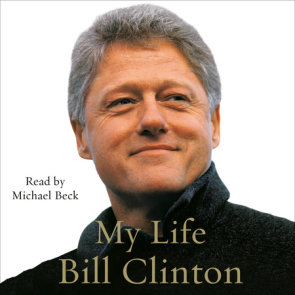 See all books by Bill Clinton

William Jefferson Clinton was the 42nd president of the United States. As President, he led the country to the strongest economy in a generation and led the longest economic expansion in American history. Clinton’s values of community building, opportunity creation, and… More about Bill Clinton 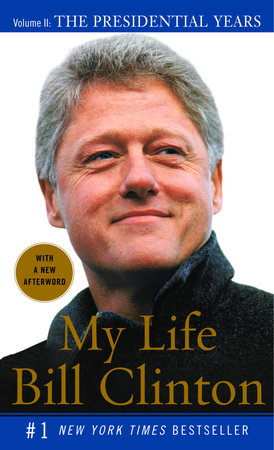 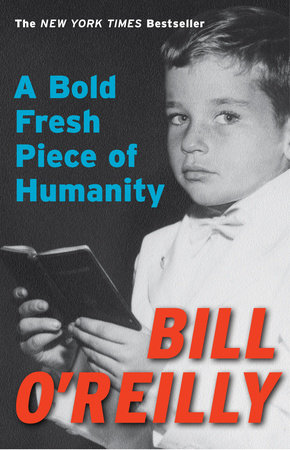 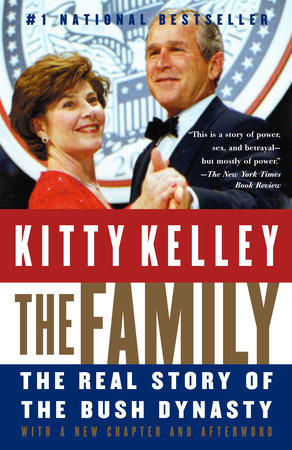 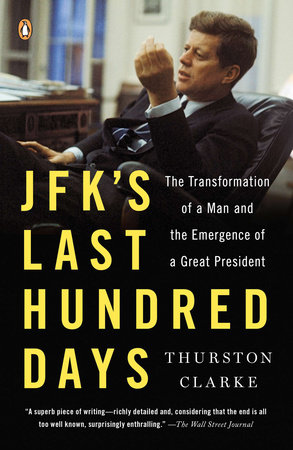 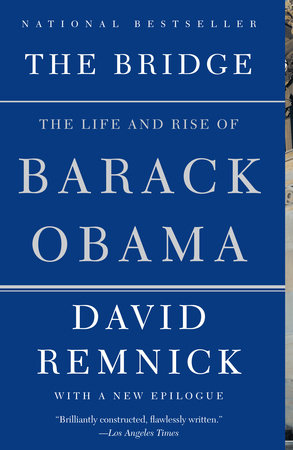 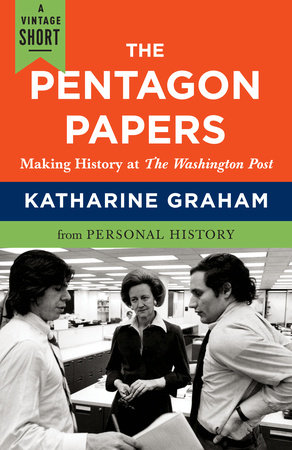 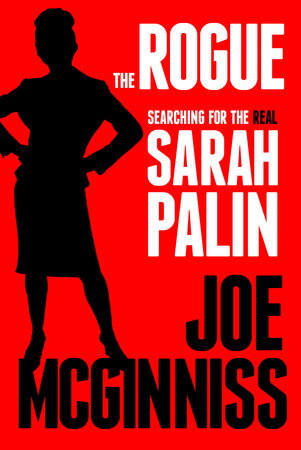 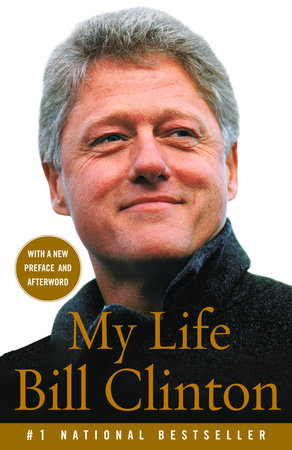 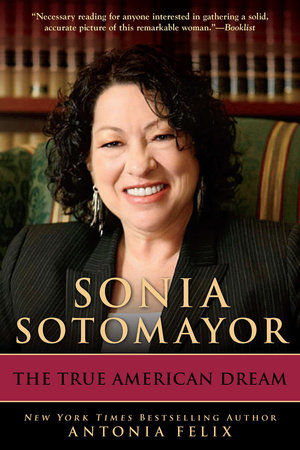 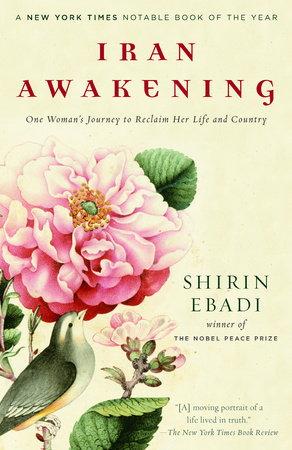 "By a generous measure, the richest American presidential autobiography–no other book tells us as vividly or fully what it is like to be president of the United States…. And he can write.” –Larry McMurtry, The New York Times Book Review “My Life is, without question, the best written U.S. presidential tome of all time.”  –Douglas Brinkley, Financial Times “A hell of a good story.” –Frank McCourt, Entertainment Weekly“It’s an almost voluptuous pleasure to read Clinton when he’s recounting and analyzing a political race or a legislative battle, whether it’s one of his own or somebody else’s.” —The New Yorker “Consistently fascinating.” —The Seattle Times“Clinton talks with disarming frankness [and] writes with grace and fluidity. . . . He is also a born storyteller.” —The New Republic“Might just be the perfect representation of the man himself.” —The Plain Dealer “Clinton has many tales to tell, particularly a rich, sometimes moving account of his years before the public life, fit for future analytical historians and biographers. . . . The personal and the political are intertwined. . . . Clinton’s story very much reflects the man we know.” —The Nation “He manages to create the distinct impression that he is sitting in the living room talking to the reader. . . . Anyone who is geninely interested in American politics will find his insights and anecdotes fascinating. . . . The book helps to elucidate the question of ‘how he did it.’ ” —Deseret Morning News“It’s a saga worthy of Cecil B. DeMille, a rags-to-riches tale full of the stuff of human frailty, with a cast of hundreds, complete with low-life villians and high-minded heroes and, as such stories require, an upbeat ending. . . . The 1990s come to life once again as a time of uncommon tumult and riveting personalities. . . . The personalities on parade are as vivid as the events.” —Newark Star-Ledger“ Tremendously interesting and entertaining. . . . Clinton’s is a truly American story to which the average person can relate. . . . Future politicians will find it a must-read, and average Americans will identify with the highs and lows we all experience as we make our way through life.” —Chattanooga Times Free Press “Takes readers through a strong account of the achievements and failures of his administrattion. . . . No other presidential memoir is likely to be so lively. . . . Bill Clinton is hard to dismiss, and so is an account of his extraordinary life.” — The Tennessean“A reading of MyLife is a necessity for lovers of good autobiograpy. It reads like a down-home history of a life and, thus, anchors Clinton as a superb storyteller. . . . Candid. . . . Honest. . . . Stimulating.” —Huntsville Times