Inventing the Rest of Our Lives Reader’s Guide 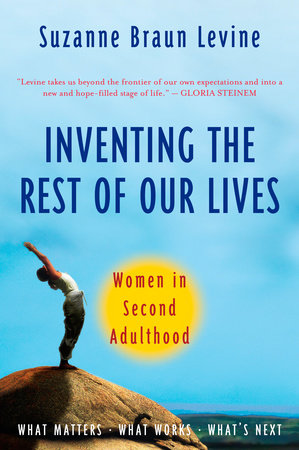 Inventing the Rest of Our Lives Reader’s Guide

print
Inventing the Rest of Our Lives Reader’s Guide

Women entering their fifties and sixties today are used to entering the proverbial Uncharted Territory. They have weathered the unexpected (and sometimes the unpleasant) through the successive and adjacent roles of daughter, wife, mother, and employee—and often with grace and aplomb (albeit a hard-earned and well-learned grace and aplomb).

The onset of Second Adulthood, however—a time marked by menopause, retirement, and an emptying of the nest—can be a turbulent and volatile time in a woman’s life. Between all of the physical and emotional upheaval taking place, even the most graceful and poised woman among us all will find herself shaken and unsure of her next move.

Suzanne Braun Levine, former editor of Ms. magazine and current contributing editor to More magazine, has written an insightful and witty book to help women approaching “fifty and beyond.” The key, according to Levine, is not to endure the inevitable shake-up of this next phase of life, but to embrace it. With compassion and humor she provides us with the tools necessary to explore our own consciousness, emotions, environment, and physical well being as we renegotiate the terms of our lives and redefine our interaction with those around us.

In Inventing the Rest of Our Lives, Levine draws on medical trials, gender studies, personal testimonials, and trend analysis to define this idea of Second Adulthood. She proves that while we are ending one stage of our existence, First Adulthood, we’re beginning one with just as much promise, and with a wholly new sense of self. We’re not who we were, only older, she insists. We’re older, and we’re different. Brighter. Better. Wiser.

ABOUT SUZANNE BRAUN LEVINE
Suzanne Braun Levine is a writer, editor, and nationally recognized authority on women, media matters, and family issues. Editor of Ms. magazine from its founding in 1972 until 1989 and editor in chief of the Columbia Journalism Review, she is currently a contributing editor of More magazine . The author of a book about fatherhood and numerous articles and essays, she has also produced a Peabody Award-winning documentary about American women. She has appeared on Oprah and the Today show and has lectured widely.
DISCUSSION QUESTIONS:

Learn More About Inventing the Rest of Our Lives
print

How to Be a Mindful Drinker
Jussi Tolvi, Laura Willoughby, Dru Jaeger and The Club Soda Community

Do Less Be More
Susan Pearse and Martina Sheehan

The Myth of the Perfect Girl
Ana Homayoun

Beauty and the Soul
Piero Ferrucci

Married to Me
Dayanara Torres and Jeannette Torres-Alvarez

Healing Yourself with Self-Hypnosis
Joseph Berger and Frank Caprio

Quick, Answer Me Before I Forget the Question
Lynette Padwa

You Were Not Born to Suffer Sampler
Blake D. Bauer

Keep Calm and Use an Affirmation

The Triangle of Truth
Lisa Earle McLeod
Back to Top