Grass for His Pillow Reader’s Guide 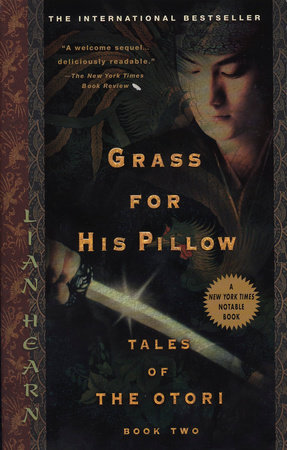 Grass for His Pillow Reader’s Guide

The extraordinary adventure continues in the second book of the internationally heralded trilogy, Tales of The Otori…

A New York Times Notable Book of the Year, one of Book magazine’s best novels of the year, and one of School Library Journal’s Best Adult Books for High School Readers (2002), Across the Nightingale Floor was an international bestseller and critical success, named “the most compelling novel to have been published this year” by the Times (London). In this second tale, we return to the land of harsh beauty and deceptive appearances where we first met Takeo-the young orphan taken up by the Otori Lord and now a closely held member of the Tribe-and his beloved Shirakawa Kaede, heir to the Maruyama and alone in the world, who must find a way to unify the domain she has inherited. In a complex social hierarchy, amid dissembling clans and fractured allegiances, there is no place for passionate young love. Yet Takeo and Kaede, drawing on their unusual talents and hidden strengths, must make their way in this tale of longing, ambition, and intrigue. Grass for His Pillow is a tantalizing next installment in a brilliantly imaginative and critically acclaimed series.

Lian Hearn is a pseudonym. The author was born in England, has studied Japanese and has a lifelong interest in Japan.

Learn More About Grass for His Pillow
print

Brilliance of the Moon
Lian Hearn

The Harsh Cry of the Heron
Lian Hearn

The Last Sacrifice
James A. Moore

The Chronicles of the Unbinding: Hazard’s Price
Robert S. Stone

Guardians of the West
David Eddings

The Guns of Empire
Django Wexler

Of Sand and Malice Made
Bradley P. Beaulieu

The Twice and Future Caesar
R. M. Meluch
Back to Top