Girl from the South Reader’s Guide 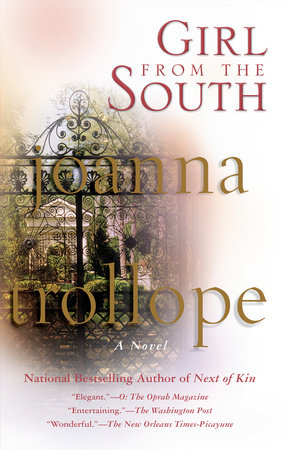 Girl from the South Reader’s Guide

When it comes to penetrating and portraying the timeless complexities and dilemmas of everyday life, Joanna Trollope has no equal. In Girl from the South she displays her signature nuance, style, and warmth in a story of the boundaries between men and women, England and America, and what happens when we test the limits of family, friendship, and love.

Gillon Stokes is a girl from the South, but with her lack of convention and her disregard for makeup and the traditions of Southern femininity, she defies stereotype. When Gillon flees Charleston for a summer stint in London, she is befriended by the assured yet insecure Tilly. But when it’s time for Gillon to return home, Tilly’s boyfriend, Henry, follows her. A photographer, he falls in love with the wildlife of the South Carolina marshes, the Stokes family, and the entire South. And it is through his loving lens that everything is seen afresh and transformed.

Trollope’s elegantly provocative novels have made her a bestselling favorite on both sides of the Atlantic. With this intercontinental new novel, tried-and-true fans and new readers alike will delight in Trollope’s voyage to America.

Joanna Trollope, a descendant of Anthony Trollope and a #1 bestselling author in England, is most recently the author of A Spanish Lover and A Passionate Man. Her novels The Choir and The Rector’s Wife were both adapted for Masterpiece Theatre. She lives in Gloucestershire, England.

“A wonderful story of family traditions in conflict, of new beginnings,of the way whole families can fall in love with a person.”—New Orleans Times-Picayune

Learn More About Girl from the South
print

In the Drink
Kate Christensen

Death of the Fox
George Garrett

The Color of Death
Bruce Alexander

After The War
Richard Marius

Nothing but Gossip
Marne Davis Kellogg

Message from the Shadows
Antonio Tabucchi

Mistress of the Revolution
Catherine Delors

The Prince of Nantucket
Jan Goldstein

Malkeh and Her Children
Marjorie Edelson

How Perfect is That
Sarah Bird

Segu
Maryse Conde
Back to Top