By the Sword Reader’s Guide 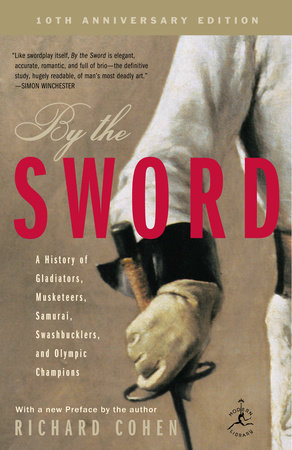 By the Sword Reader’s Guide

print
By the Sword Reader’s Guide

1. How would you fight a duel? What weapon would you choose? If a sword, what kind–a broadsword, a rapier, a nineteenth-century dueling épée? A samurai’s katana? How would you behave–and what would you expect from your opponent?

2. Why has the sword proved to be such an object of fascination over the centuries? Will its symbolic value survive? Now that fencing is “only” a sport, will interest in swordplay wane?

Will its symbolic value survive? Now that fencing is “only” a sport, will interest
in swordplay wane?

3. Does fencing have a moral or philosophical significance? Much of By the Sword discusses different ideas of honor. Do you agree with the author’s analysis? How does the book judge the conduct of Mayer, Pawlowski, Onishenko, and Beck?
Do you think honor has any part to play in modern swordplay, or is it, in Ben
Jonson’s words, “a mere term invented to awe fools”?

4. How well did the code of personal honor, derived from chivalry, control the violence of dueling from the sixteenth century on?

5. The novelist Sebastian Faulks has described By the Sword as reading at times “like an alternative social history of the West.” What do you find to support this view? Another reviewer noted that the “antagonism of the aristocratic and plebeian are the twin strands of a teasing dualism that lies at the heart of nearly all swordplay,” and that this “emerges as the unspoken theme of the book.” Do you agree?

6. To what kind of person does fencing appeal? Why did so many right-wing politicians find it attractive? Do you think that individual nations can be characterized by the way they fence?

8. Richard Cohen describes swordplay as romantic. Is it? How do you think modern fencing compares with that of previous ages? Has something important been destroyed, or has fencing evolved in the same way any sport evolves?

Learn More About By the Sword
print
Back to Top