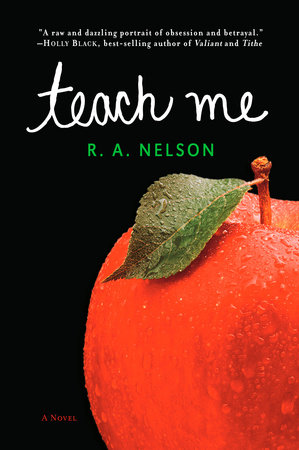 “There has been an earthquake in my life,” says Carolina “Nine” Livingston, inviting you inside an experience that fascinates everyone—an affair between a teacher and a student—and giving an up close-and-personal answer to the question: How does this happen?

A novel about a love so intense that the person you’re with becomes your world, Teach Me is a book that makes you question, makes you think, and most of all makes you feel.

Learn More About Teach Me
print

Empress of the World
Sara Ryan

The Probability of Miracles
Wendy Wunder

You Against Me
Jenny Downham

How They Met and Other Stories
David Levithan

The Queen of Cool
Cecil Castellucci

Stay with Me
Paul Griffin

Try Not to Breathe
Jennifer Hubbard

Every You, Every Me
David Levithan

Hold Me Closer
David Levithan
Back to Top