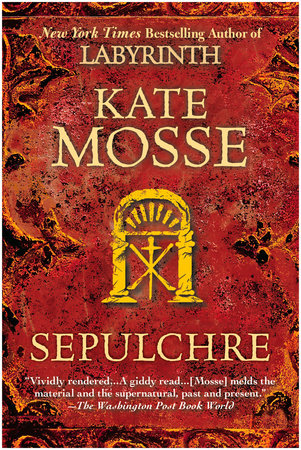 INTRODUCTION
In 1891, young Léonie Vernier and her brother arrive at the home of their widowed aunt in Rennes-le-Bains, in southwest France. But nothing is as Léonie had imagined. Their aunt is young, willowy, and beautiful, and the estate is a subject of local superstition. Villagers claim that Léonie’s late uncle died after summoning a demon from the old Visigoth sepulchre on its grounds…

More than a century later, Meredith Martin, an American graduate student, arrives in Rennes-le- Bains while researching the life of Claude Debussy. Haunted by a Tarot reading she had in Paris—and possessing the mysterious deck of cards—she checks into a grand old hotel built on the site of a famous mountain estate destroyed by fire in 1896. There, the pack of Tarot cards and a piece of 19th-century music known as Sepulchre 1891 hold the key to her fate—just as they did to the fate of Léonie Vernier.

Kate Mosse is the author of The New York Times-bestseller Labyrinth. She is also Co-founder and Honorary Director of the prestigious Orange Prize for Fiction, which annually celebrates and promotes the best works of fiction written by women throughout the world.

A fellow of the Royal Society of Arts, Ms. Mosse was named European Woman of Achievement for her contribution to the arts in 2000. She is also a highly regarded television and radio presenter, having been at the helm of BBC Four’s flagship “Readers and Writer Roadshow” and BBC Radio 4’s Saturday Review. She divides her time between Sussex, England and Carcassonne, France.

The Night Villa
Back to Top