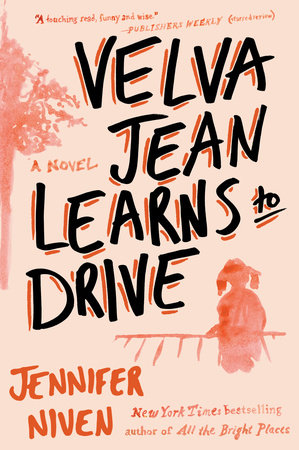 INTRODUCTION
When Velva Jean Hart is ten years old, her mother dies suddenly and her father takes off, leaving her and her brothers in the care of their domineering older sister. Velva Jean chafes under Sweet Fern’s stringent discipline and misses her mother terribly, but she is comforted by her close relationship with her brother, the rebellious and charismatic Johnny Clay; her tentative friendship with the mysterious Wood Carver; and her innate and remarkable gift for song.

Velva Jean’s greatest wish growing up is to one day find herself onstage at the Grand Ole Opry. Gradually, though, her dream of stardom is replaced by her desire for the handsome and charming Harley Bright, a juvenile delinquent turned revival preacher. As she grows into a young woman, her volatile relationship with Harley dominates every aspect of her life, until all that survives of her aspirations remains hidden in the hat box she keeps tucked away in a closet. At the same time, she watches her small mountain community become fractured by the construction of the Blue Ridge Parkway, as friends and neighbors take sides over whether the new road is a blight or a blessing. Velva Jean herself must decide whether it’s an “incoming road,” meant to tear apart life as she knows it, or if it’s an “outgoing road” – one that will lead her to a better and more fulfilling life.

Velva Jean Learns to Drive brings to life that part of Appalachia known as the Blue Ridge and Smoky Mountains and reveals how, in the mid-twentieth century, the construction of New Deal projects meant to revitalize America nearly destroyed some of its oldest communities. Simultaneously, it tells an inspiring coming-of-age story, in which a talented young woman begins to believe in herself and a destiny beyond her childhood home.

Jennifer Niven’s first book, The Ice Master, was named one of the top ten nonfiction books of the year byEntertainment Weekly. Her second book, Ada Blackjack, was a Book Sense Top Ten Pick. She splits her time between Atlanta and Los Angeles.

A CONVERSATION WITH JENNIFER NIVEN
Q. In the note “Roots” that follows the book, you talk about your own family background and how it paralleled – sometimes unconsciously – the family you were writing about in your novel. Did you have to do much research for your novel beyond family narratives? How much did you know about the building of the Blue Ridge Parkway beyond what your grandfather told you? Did you conduct research before writing the novel, or did you investigate the subject matter simultaneously?

I conducted extensive research for the novel, perhaps because it’s my instinct now, given the research that went into my first two books, which are nonfiction. I know the South because of my own family. The voice and certain elements of Velva Jean’s world felt very comfortable and familiar to me because it’s something I’ve known my whole life. However, there were many details that I needed to research in order to make that world seem wholly authentic and real. I did a lot of research into the period she lived in as well as the place, trying to capture that particular moment in time in that particular area. I read book after book on Appalachia in the 1930s and 1940s. I visited the Foxfire Museum in Georgia over and over again. I drove the Blue Ridge Parkway so many times, and rode down every little back road I could find up in those mountains, searching for people and experiences similar to those in the book. I interviewed my family. I read all I could on the Blue Ridge Parkway’s construction. I researched as much as I could before beginning the writing of the novel, and then I continued to research after I began.

Q. Similarly, how much has the music of Appalachia played a part in your life? Were you already familiar with songs like “Pretty Polly” before you began writing? Do you play and sing like your protagonist, Velva Jean?

Music in general has always been a huge part of my life. My family is very musical and I grew up enjoying get togethers with guitar and violin and organ and piano, everyone singing everything from traditional southern hymns to murder ballads like “Pretty Polly” to funny little original tunes. Unfortunately, while I play cello and piano, I don’t play guitar (although I’m trying to learn) and, while I love to sing, I am not naturally gifted like Velva Jean. I’ve always longed to be able to sing though, and, since I was little, I dreamed of being a rock star.

Q. You’ve written two books of nonfiction, the award-winning The Ice Master and its sequel, Ada Blackjack. Why the switch to fiction? Which did you find easier to write – nonfiction or fiction? Which experience was more rewarding?

I switched to fiction because I had started telling the story of Velva Jean years ago, in film school, and she stayed with me ever since. I knew I wanted to do more with her, to fully tell her story someday. Also, as much as I loved working on my first two books, I wanted to try another genre, to see if I could do it, to keep from being typecast as a nonfiction writer or as a writer of Arctic stories. I have always loved writing, ever since I was a little girl, and I have always loved writing different types of things: short stories, novellas, plays, movies, television scripts, songs, poems. I consider myself a writer, first and foremost, as opposed to a writer of such-and-such. As for what I found easier to write, both nonfiction and fiction present their own challenges. In some ways, nonfiction was harder to write—gathering resources, the intense and extensive research, the organization of materials, etc. But in many ways fiction was harder. You have to make up every single thing that happens in the book and have it make sense. You are solely responsible for the world you’re creating and everything in it. Novels have a way of wandering off where they want to. It is hard to rein them in. Writing a novel requires opening a vein. Or three or four. You have to completely pour yourself into it. However, in the end I found writing the novel to be the most rewarding and fulfilling creative experience I’ve ever had. It took the most out of me, but it is also the work I’m proudest of.

Q. Likewise, your next book (published by Simon & Schuster in 2009) is a memoir about your high school experiences. Describe the differences between writing objective, journalistic nonfiction and writing a full-length memoir. Finally, what is the appeal of writing in so many different genres?

There are many differences between writing objective, journalistic nonfiction and writing a memoir. First and foremost, when you are writing objective nonfiction, you don’t have to expose yourself to the world. You can hide comfortably behind the facts of your story, relating them in the way you choose. But you are not the focus. You can remain anonymous. In a memoir, you have to give up all sense of pride and humility and just open yourself up completely. A very scary experience! But in order to really do a memoir justice, there is no such thing as sort of giving up your pride and humility or sort of opening yourself up. You have to go for it completely, otherwise the work won’t be true and you won’t do your story (or readers) justice. As for writing in different genres, I like challenging myself to break out of my comfort zone, which is certainly what I did with both the memoir and the novel. Also, as I noted above, I consider myself a writer. Period. Not a writer of Arctic stories. Or a writer of nonfiction. I want to experiment, to evolve as an artist, and to discover whether I can do it all.

Q. As you mentioned in the note “Roots,” you studied film at the American Film Institute and made a short film featuring Velva Jean while there. What drew you to film initially, and why did you turn to writing instead of filmmaking? What are the benefits to telling stories on the screen? What makes you choose one medium over another?

I was initially drawn to film for two reasons: I’ve always loved movies and television, and when I was in college my mother was working on a book with James Earl Jones about his life and work, which gave me the opportunity to visit various film and television sets for his different projects. Seeing that world at work was fascinating and exciting. I wanted to learn more, so I applied to AFI. When I discovered the idea for my first book, The Ice Master, I was fully intending to keep writing screenplays—after all, there are so many benefits to telling stories on screen. In the case of The Ice Master, there was the epic, sweeping drama of the story itself. The dynamic characters. The visual aspects of the story—the ice, the ship sinking, the heroic journey across the ice and wilderness for help. I actually considered writing the idea as a script instead. But the idea itself—although visual and dramatic—seemed to be better told in a book. No comprehensive account had ever been written about that expedition and there were so many first-hand resources available. Writing it as a nonfiction book just seemed the right place to start, to first tell the tale (the film, after all, can always come later), so before I knew what happened I found myself putting aside my screenwriting and starting to write my very first book.

Q. What are you working on currently?

I am adapting my memoir, The Aqua Net Diaries, into a potential television series for Warner Brothers. I am also working on a sequel to this book entitled Velva Jean Learns to Fly.

A Short History of a Small Place
T. R. Pearson

The Waterworks
E.L. Doctorow
Back to Top