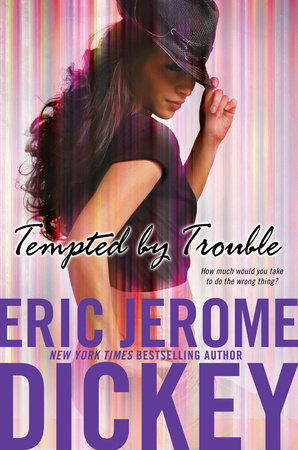 Eric Jerome Dickey’s novels, Chasing Destiny, Liar’s Game, Between Lovers, Thieves’ Paradise, The Other Woman, Drive Me Crazy, Genevieve, Naughty or Nice, Sleeping with Strangers, Waking with Enemies, and Pleasure have all earned him the success of a spot on The New York Times bestseller list. Liar’s Game, Thieves’ Paradise, The Other Woman, and Genevieve have also given Dickey the added distinction of being nominated for an NAACP Image Award in the category of Outstanding Literary Work in 2001, 2002, 2004, and 2005. In 2006, he was honored with the awards for Best Contemporary Fiction and Author of the Year (Male) at the 2006 African American Literary Award Show. In 2008, Eric was nominated for Storyteller of the Year at the 1st annual ESSENCE Literary Awards. His books have held steady positions on regional bestseller lists and have been featured in many publications, including ESSENCE, The New York Times, The Washington Post, and The Los Angeles Times. Dickey’s last novel, Pleasure, held true to form and landed on bestseller lists for The New York Times, USA Today, and ESSENCE.

The Other Woman
Eric Jerome Dickey

Burn Down the Night
M. O’Keefe

Disarm: the Complete Novel
June Gray
Back to Top