The Office of Desire Reader’s Guide 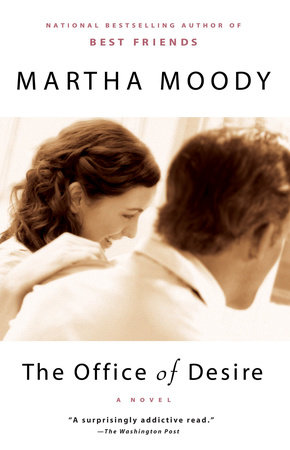 The Office of Desire Reader’s Guide

From the author of the runaway bestselling novel Best Friends, a smart, touching novel about the intimate yet fragile relationships among five very different people, thrown together in a small medical office, and how each life affects the others. Alicia, Brice, and Caroline are the ABCs-three close friends who have been brought together while working at the cozy medical practice of Drs. Markowitz and Strub in Midburg, Ohio. But when Alicia and Dr. Strub begin an affair, a dramatic chain of events ensues that gradually but drastically alters the office environment-ultimately requiring all five coworkers to redefine their relationships to one another. As Dr. Strub’s romantic life is thrown into turmoil, Dr. Markowitz is faced with the dire illness of his own wife and the secret life she has kept from him. Nurse Alicia withdraws to focus on her prodigy son; receptionist Caroline enters into a strange romance she previously would have dismissed; and office manager Brice, his once-ordered world disintegrating, is set dangerously adrift. Finally, a questionable business venture that evolves into financial scandal precipitates a monstrous tragedy that threatens to destroy everyone involved. Warm, moving, and witty, The Office of Desire offers an insightful look at human nature that will appeal to those who loved Moody’s previous novel and anyone else who has worked in an office.

Martha Moody is the author of the national bestseller Best Friends and the novel The Office of Desire. A practicing physician, she lives in Ohio with her family.

Learn More About The Office of Desire
print

The Bridesmaid and the Bachelor
Kris Fletcher

From This Moment On
Addison Fox

Beyond the Night
Marlo Schalesky

Bound to be Dirty
Savanna Fox

Ahead in the Heat
Lorelie Brown

Dare to be Dirty
Savanna Fox

Life of the Party
Kris Fletcher

Literacy and Longing in L.A.
Karen Mack and Jennifer Kaufman

Attachment
Isabel Fonseca
Back to Top