Mistress of the Revolution Reader’s Guide 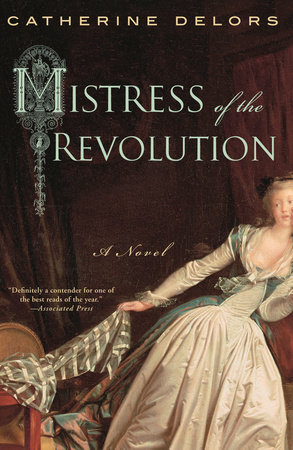 Mistress of the Revolution Reader’s Guide

Set in opulent, decadent, turbulent revolutionary France, Mistress of the Revolution is the story of Gabrielle de Montserrat. An impoverished noblewoman blessed with fiery red hair and a mischievous demeanor, Gabrielle is only fifteen when she meets her true love, a commoner named Pierre-André Coffinhal. But her brother forbids their union, choosing for her instead an aging, wealthy baron.

Widowed and a mother while still a teen, Gabrielle arrives at the court of Louis XVI and Marie Antoinette in time to be swept up in the emerging cataclysm. As a new order rises, Gabrielle finds her own lovely neck on the chopping block—and who should be selected to sit on the Revolutionary Tribunal but her first love, Pierre-André. . . .

Replete with historical detail, complex and realistic characters (several of whom actually existed), and a heroine who demands—and rewards—attention, Mistress of the Revolution is an unforgettable debut.

CATHERINE DELORS, herself from a family of French aristocrats, wa born and raised in France. A lawyer, she has practiced in the United States for ten years, and now divides her time between Paris and Los Angeles. Visit www.catherinedelors.com.

Learn More About Mistress of the Revolution
print
Back to Top