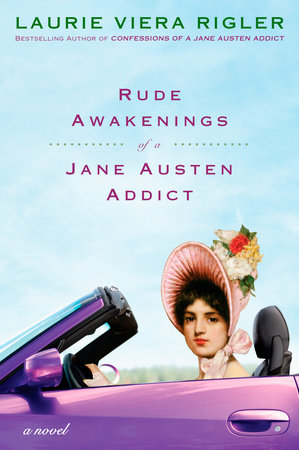 For Jane, the modern world is not wholly disagreeable. Her apartment may be smaller than a dressing closet, but it is fitted up with lights that burn without candles, machines that wash bodies and clothes, and a glossy rectangle in which tiny people perform scenes from her favorite book, Pride and Prejudice. Granted, if she wants to travel she may have to drive a formidable metal carriage, but she may do so without a chaperone. And oh, what places she goes! Public assemblies that pulsate with pounding music. Unbound hair and unrestricted clothing. The freedom to say what she wants when she wants—even to men without a proper introduction.

Jane relishes the privacy, independence, even the power to earn her own money. But how is she to fathom her employer’s incomprehensible dictates about “syncing a BlackBerry” and “rolling a call”? How can she navigate a world in which entire publications are devoted to brides but flirting and kissing and even the sexual act itself raise no matrimonial expectations? Even more bewildering are the memories that are not her own. And the friend named Wes, who is as attractive and confusing to Jane as the man who broke her heart back home. It’s enough to make her wonder if she would be better off in her own time, where at least the rules are clear—that is, if returning is even an option.

When not indulging herself in rereadings of Jane Austen’s six novels, Laurie Viera Rigler is a freelance book editor who teaches writing workshops, including classes at Vroman’s, Southern California’s oldest and largest independent bookstore. Laurie lives in Los Angeles and holds a lifetime membership in the Jane Austen Society of North America.

The House at the End of Hope Street
Menna van Praag

How to Change a Life
Stacey Ballis

Room for Improvement
Stacey Ballis
Back to Top