Songs for the Missing Reader’s Guide 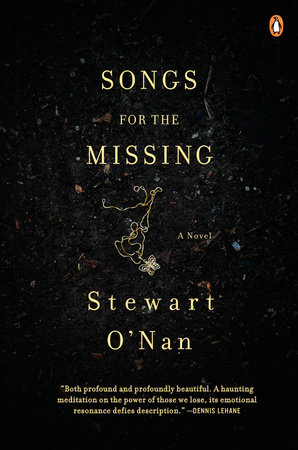 Songs for the Missing Reader’s Guide

INTRODUCTION
Eighteen-year-old Kim Larsen has her whole future ahead of her. Just out of high school, she’s spending one last summer in Kingsville, Ohio, lounging around at the lake with her boyfriend J.P. and her friends Nina and Elise, working at a local minimart, partying at night, and preparing for college in the fall. But one night, Kim and her Chevette disappear without warning and without a trace. Her parents call the police who tell them that many missing teenagers are, in fact, runaways. Everyone in Kim’s circle agrees that she would never do that, not when she was about to leave for college and begin her adult life in earnest. They suspect the truth is far more sinister.

While the police begin their investigation, Kim’s parents set up massive search parties, arrange television interviews and organize public appearances pleading for information, rallying the town around their cause. After being questioned by the police, J.P., Nina, and Elise yield some insight into Kim’s darker, private life, but even these revelations offer no leads as to where Kim might be. As the days and then months pass, the chances of finding Kim alive grow dimmer. The Kingsville community must go on with the business of day-to-day living and soon Kim becomes just another face on a missing persons flyer.

Meanwhile, the Larsens privately grapple with the loss and uncertainty that has shaken their family. Kim’s mother, Fran, energetically dedicates herself to finding her daughter, spending every waking hour on the search and discovering a new sense of purpose in the work. Kim’s dad suffers from insomnia and helplessness, and feels himself growing apart from his constantly busy wife. Kim’s younger sister, Lindsay, always the smarter but more awkward sibling, experiences her grief as anger and feels even more alienated than before, no longer sure how to define herself now that Kim is gone.

In his twelfth novel, following the critically acclaimed bestseller Last Night at the Lobster, Stewart O’Nan demonstrates an uncanny ability to delve into the lives of ordinary, well-meaning people confronting tragedy. Here, in a story of a girl gone missing, he finds the quieter emotional narrative behind the sensational events. O’Nan’s clear, sharp prose and tremendous empathy yields flawed yet heroic characters whose every word and gesture rings true. Defying genre, Songs for the Missing is a remarkable novel that begins as a thriller and widens into an elegiac examination of family, love, and longing.

Stewart O’Nan is the author of eleven novels. His most recent, Last Night at the Lobster, was lauded as one of the top ten fiction books of 2007 by Entertainment Weekly. He has also written an award-winning story collection, In the Walled City, and two works of nonfiction, including Faithful: Two Diehard Boston Red Sox Fans Chronicle the Historic 2004 Season, a collaboration with Stephen King. He lives with his family in Connecticut.

Learn More About Songs for the Missing
print

The Quality of Silence
Rosamund Lupton

On the Divinity of Second Chances
Kaya McLaren

The Spirit of the Place
Samuel Shem

I Love You More
Jennifer Murphy

Driving on the Rim
Thomas McGuane

Too Much Money
Dominick Dunne

The Woman on the Stairs
Bernhard Schlink

My Name Is Venus Black
Heather Lloyd
Back to Top