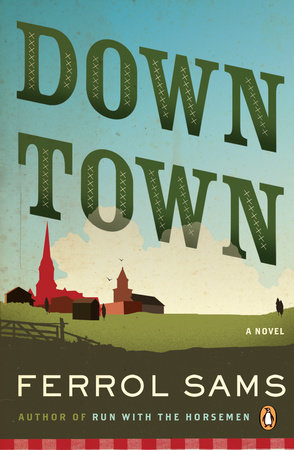 Across America, historians pull dusty record books off courthouse shelves and pore over stacks of papers to untangle their small towns’ histories and piece together when citizens were born, married, and buried. But try as they may, those who’ve not borne witness cannot fill in certain gaps. These are the spans of time when lives are led and lost, when a word or gesture changes the course of events. Official logs miss when parents take pride in or shun their children and when legacies are embraced or escaped. It is in these times that a town thrives or is run over by the wheels of progress.

When James Aloysius “Buster” Holcombe, Jr., decides to record his hometown’s bumpy history, he doesn’t depend on county clerks’ collective memories—or agendas: some were Cofield supporters, some backers of the Bazemores, and some never even heard either name. He relies instead on his own memories and stories told over the generations since the Civil War, conjuring a cast of local characters to fill in what’s missing. We don’t just learn who married whom; we know whose wife was duck-butted and what disasters befell each wedding. We don’t simply learn what land changed hands; we know who originally owned the parcel and why the price was set where it was. We know who baked two coconut cakes for a funeral and, even juicier, why the first one wasn’t enough.

Buster’s neighbors relish stability, regarding anyone who’s lived there for even thirty years as an outsider. But their town has stood sentinel through the defining moments of three centuries—the war between the states, Reconstruction, two world wars, prohibition, segregation, integration, Korea, Vietnam, and a political party’s loss of power. More than a collection of eccentrics, Buster’s town is the very embodiment of the American South.

Still, in the telling there is the inevitable leaving out. Buster’s own history is a mere pencil sketch compared to the rich picture he paints of his town. But for all his poetry quoting and odd ways, Buster has lived according to a strict gentlemanly code. And when that code meets its final test, he doesn’t let anyone, himself or us, down. It is the people he’s known—living and dead, good and striving—who serve as a constant reminder that he is the product of, to borrow Beatrice Cofield’s way with words, a “wonderful wonderful just wonderful” town.

Ferrol Sams is a physician, humorist, storyteller, and the bestselling author of eight novels rooted in the oral tradition of southern humor and folklore. He lives in Fayetteville, Georgia.

Learn More About Down Town
print

Away
Amy Bloom
Back to Top