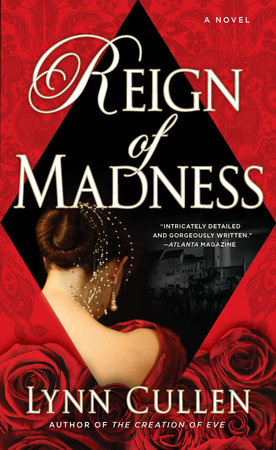 Juana of Castile, third child of the Spanish monarchs Isabel and Fernando, grows up with no hope of inheriting her parents’ crowns, but as a princess knows her duty: to further her family’s ambitions through marriage. Yet stories of courtly love, and of her parents’ own legendary romance, surround her. When she weds the Duke of Burgundy, a young man so beautiful that he is known as Philippe the Handsome, she dares to hope that she might have both love and crowns. He is caring, charming, and attracted to her—seemingly a perfect husband.

But what begins like a fairy tale ends quite differently.

When Queen Isabel dies, the crowns of Spain unexpectedly pass down to Juana, leaving her husband and her father hungering for the throne. Rumors fly that the young Queen has gone mad, driven insane by possessiveness. Who is to be believed? The King, beloved by his subjects? Or the Queen, unseen and unknown by her people?

One of the greatest cautionary tales in Spanish history comes to life as Lynn Cullen explores the controversial reign of Juana of Castile—also known as Juana the Mad. Sweeping, page-turning, and wholly entertaining, Reign of Madness is historical fiction at its richly satisfying best.

Lynn Cullen is the author of the young adult novel The Creation of Eve, as many acclaimed books for children. She lives with her husband in Atlanta, where she is at work on her next novel.

Stones In the Road
E.B. Moore

The Linnet Bird
Linda Holeman
Back to Top