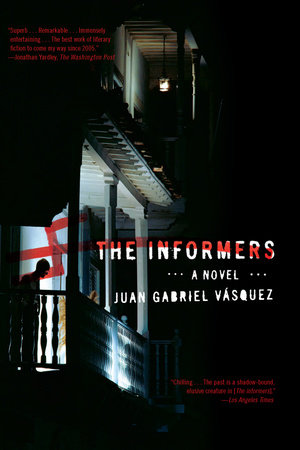 From a masterful new literary voice—a haunting novel of history, family, and memory.

After Gabriel Santoro’s biography is published—a profile of Jewish German immigrant and lifelong family friend Sara Guterman, and her experiences starting anew in 1930s Colombia—he is shocked by his father’s (a respected Bogotá rhetorician) widely circulated, scathing review. But as Gabriel delves deeper into his father’s life—to help explain this dramatic, painful public gesture—he is soon entrenched in his father’s personal history, one filled with startling betrayals and secrets that hold the key to his father’s anger and alienation.

Determined to put the pieces together after a mysterious car accident causes his father’s death, Gabriel sets out to unravel his family’s past in the tumultuous shadow of World War II. But after his father’s mistress Angelina goes public with damning admonitions, it becomes clear to Gabriel that he must find out the truth about his father’s life before the past slips away completely.

Juan Gabriel Vásquez is a critically acclaimed, award-winning Colombian writer, whose work has been translated into nine languages. Educated in Colombia and in Paris at the Sorbonne, he now teaches in Barcelona, where he lives with his wife and twin daughters.

Anne McLean has translated Latin American and Spanish novels, short stories, memoirs, and other writings by many acclaimed authors. Her work has been short-listed for the IMPAC prize, won the Premio Valle-Inclán, and has twice been awarded the Independent Foreign Fiction Prize.

Learn More About The Informers
print
Back to Top