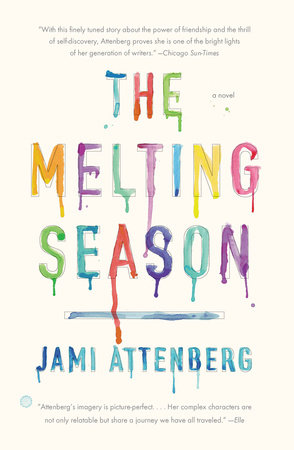 A tender, provocative story about the power of friendship, the thrill of self-discovery, and the strength it takes to escape the past.

Catherine Madison is headed West with a suitcase full of cash that isn’t hers. She’s just left the only home she’s ever known, a small town in Nebraska, after the only man she had ever known, her husband, Thomas, deserted her. She’s also left behind her deepest, most shameful secrets-among them a dysfunctional family she’s never quite been able to escape and a marriage whose most intimate moments have plagued her with self-doubt. On the road, she was going to become a new person. Or so she thought.

But running away from the past isn’t as easy as she had hoped. When Catherine reaches Las Vegas, she forms surprising new friendships that compel her to reveal what she had sworn she’d keep hidden, and teach her what human connection really means. Armed with this new knowledge, she is finally emboldened to uncover the truth about her family, come to understand what destroyed her marriage, and prevent her troubled sister from repeating her mistakes.

Deeply compassionate and unflinchingly bold, The Melting Season is the story of an indelible character’s journey from isolation to belonging, as well as an honest look at the things we feel we deserve from our lives- and how far we will go to find them.

Jami Attenberg is the author of the novel The Kept Man and the short story collection Instant Love. She has written for The New York Times, New York, Print, Salon, Nylon, Nerve and others. A Chicago native, she lives in Brooklyn, New York.

To the Back of Beyond
Peter Stamm