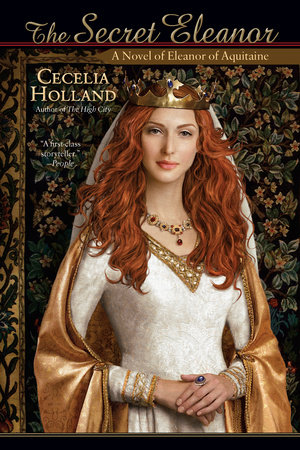 INTRODUCTION
As Duchess of Aquitaine, Eleanor grew up knowing what it was to be regarded for herself and not for her husband’s title. Now, as wife to Louis VII and Queen of France, she has found herself unsatisfied with reflected glory—and feeling constantly under threat, even though she outranks every woman in Paris.

Then, standing beside her much older husband in the course of court ceremony, Eleanor locks eyes with a man—hardly more than a boy, really—across the throne room, and knows that her world has changed irrevocably…

He is Henry D’Anjou, eldest son of the Duke of Anjou, and he is in line, somewhat tenuously, for the British throne. She meets him in secret. She has a gift for secrecy. Eleanor is watched like a prisoner by spies even among her own women, and it sometimes seems that her one flight of freedom will be her last. She is determined that Louis must set her free, and time is against her. Employing deception and disguise, seduction and manipulation, Eleanor is determined to find her way to power—and make her mark on history…

Death of the Fox
Back to Top