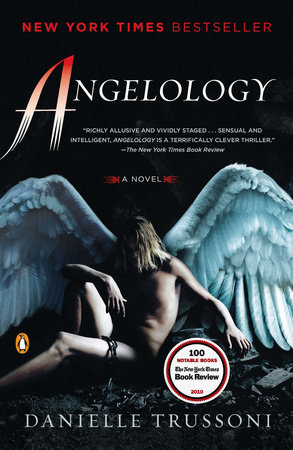 It’s two days before Christmas, and Sister Evangeline awakens to perform the prayers and devotional duties that have occupied her every day for the past several years. At twenty-three, she is the youngest of the nuns living at St. Rose Convent in New York’s verdant Hudson Valley, but Evangeline already expects that each day up to her last will follow the same quiet routine—until a mysterious letter opens the door to a past she cannot deny and a future as terrifying as it is unimaginable.

At first glance, the letter appears quite harmless—a politely worded missive from one V. A. Verlaine petitioning the Franciscan Sisters of Perpetual Adoration for access to the convent’s archives for research purposes. In fulfilling her duties as an assistant in the library, Evangeline has received and turned down numerous similar requests. However, something in Verlaine’s letter provokes her curiosity, and she is unable to suppress her desire to know more.

Meanwhile, the letter’s writer is en route to New York’s Central Park for a scheduled meeting with his current employer, Percival Grigori. Verlaine, an aspiring art historian, and Grigori, an ailing but peculiarly menacing older man, first met at an art auction. When the two discovered their mutual interest in the philanthropic Rockefeller family, Grigori offered to pay him generously for any and all information he possessed or could uncover about the late Abigail Rockefeller.

Verlaine’s search leads him to the St. Rose convent, where he crosses paths with Evangeline. The two are instinctually drawn to trust one another, and they share what scant knowledge they possess. Evangeline confirms that Abigail Rockefeller and Mother Innocenta were indeed in correspondence, just about the time a devastating fire nearly destroyed the convent. But Verlaine is still unable to fathom Grigori’s interest in a handful of old letters.

Following her only real clue, Evangeline painstakingly unravels the truth of her residence at St. Rose. She discovers that she is the daughter of two angelologists, a group of scholars, theologians, and warriors who have battled the Nephilim—the beautiful and rapacious descendents of fallen angels and humans—since the dawn of time. The golden lyre she wears around her neck is more than a pretty trinket from her grandmother—it is a reminder of the betrayal of God and man, good versus evil, and Evangeline’s own destined role in the battle to come.

Grigori himself belongs to a high-ranking Nephilim family who once laid bloody siege to the Sisters hoping to steal the priceless artifact the Grigoris thought might be hidden at the convent. Now that Verlaine has confirmed these suspicions, they will stop at nothing to obtain it.

Masterfully interweaving the events of the present day with those of Nazi-era Europe and the Middle Ages, Angelology is breathtakingly inventive, sexy, and rich with dark, gothic menace.

Danielle Trussoni is the author of the memoir Falling Through the Earth, which was selected as one of the Ten Best Books of 2006 by The New York Times Book Review. A graduate of the Iowa Writer’s Workshop, she lives in the United States and France.

A CONVERSATION WITH DANIELLE TRUSSONI

Q. What inspired you to combine the Orpheus myth with the Biblical tale of the fallen angels?

Knowing that I needed to have a firsthand encounter with convent life, I went to St. Rose Convent in La Crosse, Wisconsin (my hometown) to speak with the nuns who lived there. My great-aunt Drusilla is a Franciscan Sister of Perpetual Adoration living at St. Rose, and this made my presence at the convent a little less odd, although I’m sure that the nuns didn’t know what to think of having a writer trailing after them and asking personal questions!

At the time of my visit to the convent, I had no clear vision of how I would write about the convent. And so I spent a lot of time simply following the Sisters through their day. There was a beautiful chapel at St. Rose where the nuns went to pray. One night, when I was walking back from the chapel, I found myself in the convent reading room, a small space filled with religious books. One shelf of the library was filled with books about angels. I took a stack of books down, sat in a comfortable chair and began reading. Within hours I understood that angels would be at the very center of my book and that the Nephilim—the angel-human hybrids mentioned in Genesis 6 of the Bible—would be central characters.

I came to the Orpheus myth in an equally roundabout fashion. The Devil’s Throat captured my imagination when I lived in Sofia, Bulgaria, with my husband, the writer Nikolai Grozni. He took me to the cave for the first time and I fell in love with the stark, craggy landscape and the mythologies that surrounded the cave. In local legend, the Devil’s Throat forms the entrance to the underworld where Orpheus descended to save his lover Eurydice. So my interest in Orpheus was really secondary to my interest in the cave itself, at least in the beginning.

Q. How was the process of writing your previous book, the memoir Falling Through the Earth, different from writing the novel Angelology?

The process was completely different in some ways and very similar in others. My first book was a memoir about my relationship with my father and was, of course, much more personal in nature. I found that Falling Through the Earth was more emotionally draining, especially because my father was ill for much of the time I was writing the book. Angelology, on the other hand, was a pleasure to write. I had such fun creating the characters. I found that I deeply enjoyed going to my desk each morning because I would often discover something completely new about the story. By the end, I loved the characters I had created and didn’t want the project to end.

Q. What kind of research did you do in order to write Angelology?

Research was a huge element in preparing to write Angelology. I did not have much experience studying theology or the history of religion, and so I felt that it was absolutely necessary to learn as much as possible about the various perceptions of angels. I read a lot of wonderful academic studies about angels and I read quite a lot of the Bible. I read parts of Thomas Aquinas and St. Augustine and the history of religious orders in the United States. It was also very important for me to research the historical periods that appear in the novel—the medieval world of Brother Clematis, the Second World War environment of Celestine and Gabriella. I also made many trips to New York to capture Evangeline’s and Verlaine’s world.

Q. Which did you enjoy writing more, the present-day events with Evangeline and Verlaine or Celestine’s narrative?

Actually, the most engrossing section of Angelology for me to write was Brother Clematis’s narrative, a first-person journal of a monk’s journey to the Devil’s Throat. I also loved writing Celestine’s recollections of Paris in the 1940s. Both of these characters allowed me to imagine places and historical events that were very far from the life I was living when I wrote the book. Being transported to other places is, for me, is the real pleasure of writing fiction.

Q. One of the novel’s conceits suggests that the divide between church and science was engineered by an outside agency. Do you think religion and science have become antagonistic?

Yes, it seems to me that, in many ways, science and religion have parted ways. We don’t have many intellectuals like Isaac Newton who are dedicated to exploring both the divine and natural worlds at once. Our era is marked by the division of thought into specialized compartments—either one is a scientist or a historian or a mathematician or a philosopher or a doctor. Indeed, Newton—who was a physicist and an astronomer and a theologian among other things—would probably find our specialized approach to knowledge very strange.

Q. Do you believe that a more-than-human evil lay behind the rise of the Nazi regime and others like it?

Q. You split your time between the United States and France. Has living abroad altered your perceptions as a writer?

I have always loved the sense of dislocation I feel when I live abroad. I have lived in Japan, Bulgaria and now France. I find that I begin to pay very close attention to my own culture when I’m in a place that is entirely foreign, and that my attention to detail sharpens. The English language becomes very comforting, almost like a cocoon, after fumbling with a foreign language. In the end, it is nice to have the option to live far away from home but then, of course, it is great to come back, too.

Q. Your husband, Nikolai Grozni, is also a novelist. How does living with another writer affect your own work?

In a lot of ways living with another writer helps me to stay on course with my own work. We have a set schedule each day. Both Nikolai and I write in the morning in different offices at home. We work until around lunch, eat lunch together, and then either go back to writing or do the shopping or take a walk. Our morning work hours are very quiet, very calm, with no music or television on, making the house a perfect environment for writing. I am also able to discuss my work with Nikolai, which is unbelievably helpful.

Q. The ending of Angelology has quite a surprise twist. Where do you see Evangeline headed from here?

Evangeline is in quite a difficult situation at the end of Angelology and she will be working through the complications of this in the next book.

I am writing about Evangeline, of course! The sequel to Angelology is set in Paris and finds Evangeline and Verlaine trying to find their way back to one another.