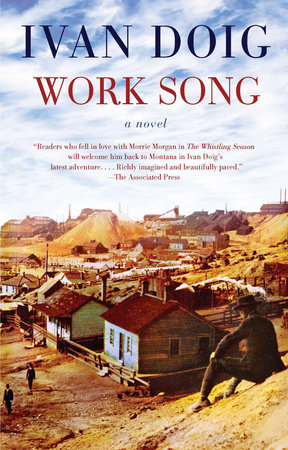 A decade after he left Montana at the end of Ivan Doig’s bestselling The Whistling Season, Morrie Morgan is back—this time in post-WWI Butte, the copper-mining capital of the world. When Morrie gets caught up in the mounting clash between the mining company, outside agitators, and the beleaguered miners, he finds a unique way to give a voice to those who truly need one.

Ivan Doig was born in Montana and grew up along the Rocky Mountain Front. A former ranch hand, newspaperman, and magazine editor, with a Ph.D. in history, Doig is the author of ten novels and three works of nonfiction, including the classic memoir This House of Sky.

The Vagrants
Yiyun Li
Back to Top