If You Were Here Reader’s Guide 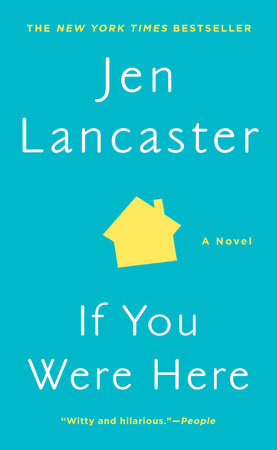 If You Were Here Reader’s Guide

print
If You Were Here Reader’s Guide

Told in the uproariously entertaining voice readers have come to expect from Jen Lancaster, If You Were Here follows Amish-zombie-teen-romance author Mia and her husband Mac (and their pets) through the alternately frustrating, exciting, terrifying—but always funny—process of buying and renovating their first home in the Chicago suburbs that John hughes’s movies made famous. Along their harrowing renovation journey, Mia and Mac get caught up in various wars with the homeowners’ association, meet some less-than-friendly neighbors, and are joined by a hilarious cast of supporting characters, including a celebutard ex-landlady. As they struggle to adapt to their new surroundings—with Mac taking on the renovations himself—Mia and Mac will discover if their marriage is strong enough to survive months of DIY renovations.

Jen Lancaster is the author of Bitter is the New Black. She has lived in Chicago for ten years with her husband and pets, and has yet to get the hang of the subway or returning library books in a timely manner.

Learn More About If You Were Here
print

Walking in Circles Before Lying Down
Merrill Markoe

No! I Don’t Want to Join a Book Club
Virginia Ironside

Walking Back to Happiness
Lucy Dillon

The Interruption of Everything
Terry McMillan

They’re Not Your Friends
Irene Zutell

The Shepherd, the Angel, and Walter the Christmas Miracle Dog
Dave Barry

Through Thick and Thin
Alison Pace

A Dog Named Christmas
Greg Kincaid
Back to Top