Hector and the Search for Lost Time Reader’s Guide 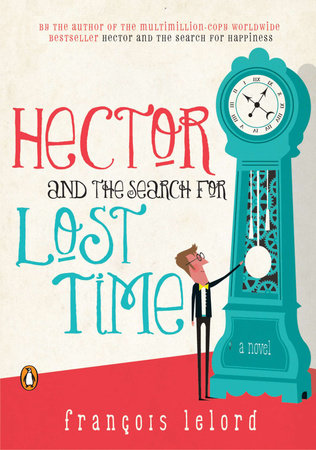 Hector and the Search for Lost Time Reader’s Guide

print
Hector and the Search for Lost Time Reader’s Guide

The third book in the acclaimed Hector series finds the titular hero in the throes of contemplation. Nearing middle age, he’s settled in with his longtime girlfriend Clara but they are still deciding whether or not to marry and have children. Hector finds that most of his patients these days are equally concerned about the passage of time: There’s the overworked mother who suspects that life is just a big con, the loner who measures out his life in terms of his dog’s lifetimes, the little boy who wants the hours to speed up, and the woman who’s deathly afraid of losing her looks. Questions echo in Hector’s mind as he tries to figure out how to help them and reconcile his own growing worries.

In the meantime, one of Hector’s acquaintances, an old monk who lives in China, seems to have disappeared. Looking for answers about the monk, Hector consults with mutual friend Édouard, who’s now stationed in an Inuit village in the Arctic. Édouard introduces him to a shaman who shows Hector how to travel through time to an alternate reality in the future, one where he doesn’t marry Clara. On the shaman’s advice he reluctantly goes to China to try to find the monk, though he regrets leaving Clara behind and worries about his ability to stay faithful to her. In China, he meets new friends, Trevor and Katherine, an elderly couple who have been married over forty years, and he also reconnects with Ying Li, an old flame who is now married with children.

With no sign of the monk, Hector follows the shaman’s prompting to a Mediterranean island where he sits in on a conference about the nature of time and observes the local people who all seem to age happily and gracefully. A chance meeting and another strange dream show him that he’s known all along where the monk was.

As Hector’s journey takes him around the world, he reaps the collective wisdom of ancient cultures that have already grappled with the search for time. All the while, he continues to collect insights and develop exercises based on his discoveries. The only question, of course, is whether he can take his own advice.

With this profound and engaging fable, psychiatrist and self–help author François Lelord delivers another charming adventure for his naive but well–meaning protagonist.

François Lelord has had a successful career as a psychiatrist in France and the United States. He is the coauthor of a number of bestselling self–help books and has consulted for companies interested in reducing stress for their employees. Since the enormous success of Hector and the Search for Happinessin France and abroad, he has written three subsequent books about Hector’s journeys.

Learn More About Hector and the Search for Lost Time
print

How I Became a North Korean
Krys Lee

The Monster of Florence
Magdalen Nabb

Tomorrow in the Battle Think on Me
Javier Marías

A Week in December
Sebastian Faulks