The Care and Handling of Roses with Thorns Reader’s Guide 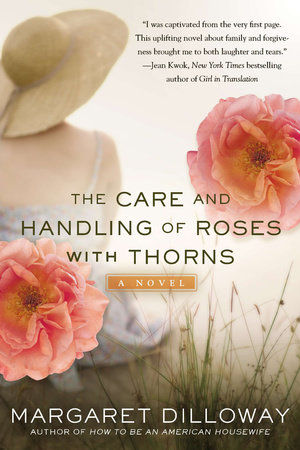 The Care and Handling of Roses with Thorns Reader’s Guide

Thirty-six-year-old Gal Garner lives a regimented life. Her job teaching biology and her struggle with kidney disease keep her toggling between the high school, the hospital, and her home on a strict schedule.

Only at home, in her garden, does Gal come alive. It’s here that she experiments with Hulthemia roses, painstakingly cross-pollinating various specimens in the hopes of creating a brand-new variation of spectacular beauty. But even her passion has a highly structured goal: Gal wants to win Queen of Show in a major competition and bring that rose to market.

Then one afternoon Gal’s teenaged niece Riley, the daughter of her estranged sister, arrives. Unannounced. Neither one of them will ever be the same.

Filled with gorgeous details of the art of rose breeding, The Care and Handling of Roses with Thorns is a testament to the redemptive power of love.

Margaret Dilloway was inspired by her Japanese mother’s experiences when she wrote this novel, and especially by a book her father had given to her mother called The American Way of Housekeeping. Dilloway lives in Hawaii with her husband and their three young children.

For Kings and Planets
Back to Top