The Mockingbird Next Door Reader’s Guide 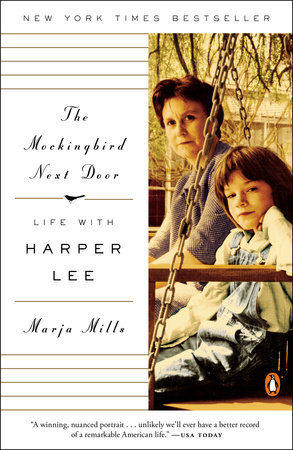 The Mockingbird Next Door Reader’s Guide

1. What were you, as the reader, expecting Nelle Harper Lee to be like before you read The Mockingbird Next Door? Did the author’s depiction of her surprise you?

3. Did Nelle and Alice’s relationship remind you at all of the sibling relationship at the heart of To Kill a Mockingbird?

4. Were you surprised by how normal the Lees’ life seemed to be, even with the incredible success of To Kill a Mockingbird? In what ways did you feel that their daily lives were affected by that success, even decades later?

5. How did Alice and Nelle Harper live life on their own terms? Is that important to you? In what way?

6. People reading To Kill a Mockingbird today wonder why more people in the 1930’s didn’t question segregation. What issues in today’s world will garner the same response in future generations?

7. Besides the Lees, who in The Mockingbird Next Door did you find memorable?

8. If you were to read, or reread, one of the authors Nelle refers to in The Mockingbird Next Door, who would it be?  Those authors include Eudora Welty and William Faulkner, Jane Austen and William Shakespeare, Horton Foote and E. B. White, Mary Ward Brown and Kathryn Tucker Windham, and Thomas Macaulay, A. J. Pickett and Carl Carmer. (Or on a more whimsical note, Gayden Metcalfe and Charlotte Hayes, coauthors of Being Dead Is No Excuse:  The Official Southern Ladies Guide to Hosting the Perfect Funeral.)

9. The Lees were lifelong letter writers. In today’s world of emails, texts and social media, do you think the old-fashioned art of correspondence has been lost?

10. Nelle called Alice “Atticus in a Skirt.” What are the most important ways that Alice was like their father and the character he inspired, Atticus Finch?

Learn More About The Mockingbird Next Door
print

Even the Stars Look Lonesome

All Over but the Shoutin’

The World Is My Home
Back to Top