The Garden of Letters Reader’s Guide 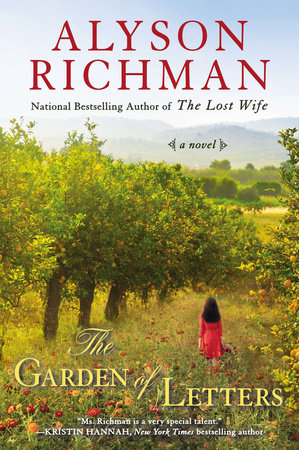 The Garden of Letters Reader’s Guide

1. INTRODUCTION
Portofino, Italy, 1943. A young woman steps off a boat in a scenic coastal village. Although she knows how to disappear in a crowd, Elodie is too terrified to slip by the German officers while carrying her poorly forged identity papers. She is frozen until a man she’s never met before claims to know her. In desperate need of shelter, Elodie follows him back to his home on the cliffs of Portofino.? ?Only months before, Elodie Bertolotti was a cello prodigy in Verona, unconcerned with world events. But when Mussolini’s Fascist regime strikes her family, Elodie is drawn into the burgeoning resistance movement by Luca, a young and impassioned bookseller. As the occupation looms, she discovers that her unique musical talents, and her courage, have the power to save lives.? ?In Portofino, young doctor Angelo Rosselli gives the frightened and exhausted girl sanctuary. He is a man with painful secrets of his own, haunted by guilt and remorse. But Elodie’s arrival has the power to awaken a sense of hope and joy that Angelo thought was lost to him forever.


ABOUT ALYSON RICHMAN
Alyson Richman is the national bestselling author of the The Lost Wife, as well as three other critically acclaimed novels: The Mask Carver’s Son, The Rhythm of Memory, and The Last Van Gogh. Her novels are published in more than fifteen languages.  She is currently working on a novel about the nineteenth century courtesan, Marthe de Florian, and her Paris apartment that remained untouched for seventy years. Alyson lives in New York with her husband and two children.


Learn More About The Garden of Letters
print
Back to Top