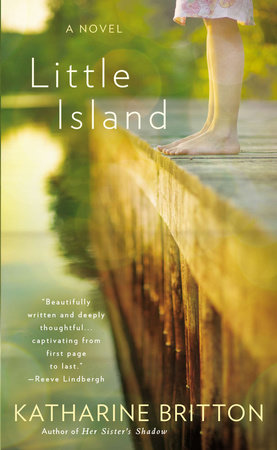 When Grace Little, proprietor of the Little Island Inn off the coast of Maine, finds a cryptic note left behind by her late mother, she believes the final words to be funeral instructions. But the final comment, have fun, leaves her perplexed as she awaits the return of her far-flung family. Though her adult children face their own troubles and challenges, something more than family unity binds them together: a long-buried secret that haunts them all. As they come together to remember the past, they learn that sometimes all it takes is a few simple words to reveal what really matters.

Katharine Britton teaches at the Institute of Lifelong Education at Dartmouth College, at the Writer’s Barn in Shelburne, Vermont, and at the Writer’s Center in White River, Vermont. She has written three screenplays, one of which is a Moondance International Film Festival winner, and has a master’s degree in creative writing from Dartmouth College. She is the author of one previous novel, Her Sister’s Shadow, and lives in Vermont. Visit her online at KatharineBritton.com

All the Truth
Laura Brodie

Do Unto Others
Kristin Hunter Lattany

Without a Backward Glance
Kate Veitch

So Near
Liza Gyllenhaal

Through the Heart
Kate Morgenroth

A Good Distance
Sarah Willis
Back to Top