By Caroline B. Cooney 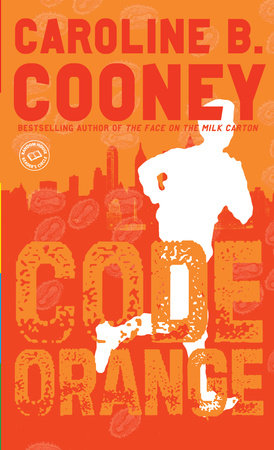 By Caroline B. Cooney

1. In Chapter One, Mitty learns that the term paper assigned by his biology teacher, Mr. Lynch, requires a bibliography that includes at least four physical books, so that students’ research is not done exclusively online. Discuss how the Internet is as important as any character in this novel.

2. Mitty is a likeable slacker. How do his relationships with his friends, the people in his neighborhood, and his family change as the story develops? How does Mitty himself change? Discuss Mitty’s feelings about his “hometown,” New York City. How does where you live change your view of the world?

3. Except for laboratory samples, variola major, a killer virus, has been eliminated by scientists.How can people feel safe despite the threat of bioterrorism? How involved should government become with scientific research?

4. Mitchell John Blake and Olivia Clark are classmates and friends, yet each wants more from their friendship. How do Mitty and Olivia signal their interest to each other? Do male and female approaches to romantic involvement differ? How?

6. The FBI and the CDC come to Mitty’s school seeking information. Discuss the issues of privacy vs. homeland security.

7. When Mitty sends out a general e-mail asking for information on the scabs he has found, he has no idea who might reply. Who are the bad guys in this story? How do you think people such as terrorists justify killing innocent people? Can you think of any cause that would lead you to violent action?

8. Mitty realizes that turning himself in to the proper authorities could mean life or death–not only for him, but also for millions of people. Discuss how Mitty develops a stronger sense of patriotism and decides to go with the woman he believes is from the CDC.What is the meaning of being a good citizen?

The Edge of Nowhere
Elizabeth George

The Edge of the Shadows
Elizabeth George

There’s Someone Inside Your House
Stephanie Perkins

The Name of the Star
Maureen Johnson

How to Lead a Life of Crime
Kirsten Miller

As Good as Dead
Holly Jackson

Beasts of Prey
Ayana Gray
Back to Top