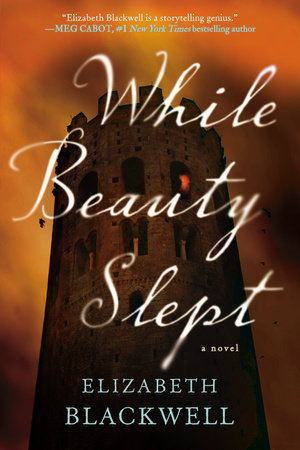 I am not the sort of person about whom stories are told.

And so begins Elise Dalriss’s story. When she hears her great-granddaughter recount a minstrel’s tale about a beautiful princess asleep in a tower, it pushes open a door to the past, a door Elise has long kept locked. For Elise was the companion to the real princess who slumbered-and she is the only one left who knows what actually happened so many years ago. Her story unveils a labyrinth where secrets connect to an inconceivable evil. As only Elise understands all too well, the truth is no fairy tale.

Elizabeth Blackwell works as a freelance writer. Her work has appeared in The Wall Street Journal, Ladies’ Home Journal, Parenting, and the Chicago Tribune, among other publications.

A Christmas Carol and Other Christmas Stories
Charles Dickens

My Mother She Killed Me, My Father He Ate Me

The Quest of the Holy Grail
Anonymous

The Book of Atrix Wolfe
Patricia A. McKillip

Witches with the Enemy
Barb Hendee

The Tale of Tales
Giambattista Basile

One Thousand and One Nights
Hanan al-Shaykh

The River of No Return
Bee Ridgway

A Demon in Silver (War of the Archons)
R.S. Ford

The Death of King Arthur
Thomas Malory
Back to Top