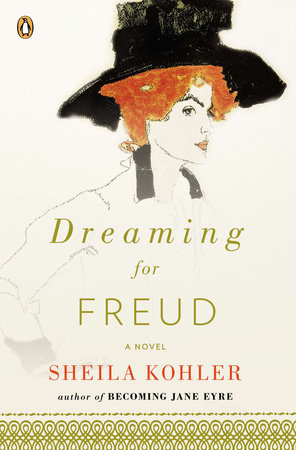 INTRODUCTION
“Now he will pin her down with his pen like a butterfly on the page for posterity” (p. 184)

In October of 1900, a beautiful seventeen-year-old girl begins therapy with Dr. Sigmund Freud. Formerly healthy and robust, she is now hobbled by unexplained physical ailments. At forty-four, the ambitious doctor has already achieved some renown for his studies into the human mind, albeit less than he desires. Their sessions last only three months, but both Freud and the girl-whom he calls “Dora”-will be forever changed by their brief time together.

When Dora met Freud two years earlier, she dismissed him as another member of Vienna’s well-to-do Jewish bourgeoisie. “How could such a boring, middle-aged man, with his silly pinstriped pants . . . understand the strange story she has to tell?” (p. 43). Moreover, other doctors have subjected her to painful and humiliating treatments and she isn’t eager for more. Freud’s interest in Dora is twofold. His recent book on dream interpretation was not the success he expected, and “his critics have accused him of not giving verifiable examples to back up his theories. “Perhaps this patient . . . will provide some” (p. 26). Freud is also much poorer than Dora imagines and-with a large family to support and a dwindling clientele-he desperately needs the money her wealthy father will pay him.

For his part, Dora’s father seeks more than his daughter’s return to health from her sessions with Freud. She has accused a family friend of forcing unwanted attentions upon her and, in turn, accused her father of attempting to trade her favors to this man so that her father can continue his own affair with the man’s wife. Her father insists that she is lying and wants Freud to convince her to recant. Dora knows that her father has already told Freud that she is untrustworthy and influenced by unsuitable literature. But Freud reassures her, saying “I need you to simply tell me freely and frankly what comes to your mind without censoring your thoughts. . . . I would like to hear your side of the story” (p. 33). Unlike her other doctors, Freud seems to want only to listen.

“I am an ordinary girl, except for my recent illness” (p. 42), Dora obligingly begins. But as her story unspools, it is clear that Dora, in fact, considers herself wild, clever, and perhaps even a budding genius. Yet, Dora does more than talk. She observes her observer. “She wonders whether the doctor has so many art objects in his cluttered consulting rooms because he is afraid of emptiness, of space, of silence” (p. 49). She reads his book on dreams and offers to share her own. And in return, Dora allows Freud to see himself in ways that are both liberating and deeply unsettling. Years after Dora abruptly leaves his care, Freud’s Dora: An Analysis of a Case of Hysteria immortalizes her.

Novelist Sheila Kohler is internationally acclaimed for her spare storytelling style and probing psychological insights. In Dreaming for Freud, she builds upon the known facts of Freud and Dora’s lives to brilliantly reimagine the story behind psychology’s most famous and controversial work.

Sheila Kohler was born in Johannesburg, South Africa. She lived in Paris before moving to the United States in 1981 to earn her MFA in writing from Columbia University. She currently teaches at Princeton University and Bennington College. Dreaming for Freud is her thirteenth work of fiction. She lives in New York City.

All Our Worldly Goods
Irene Nemirovsky

When I Lived in Modern Times
Linda Grant

When the Doves Disappeared
Sofi Oksanen

Every Day, Every Hour
Natasa Dragnic