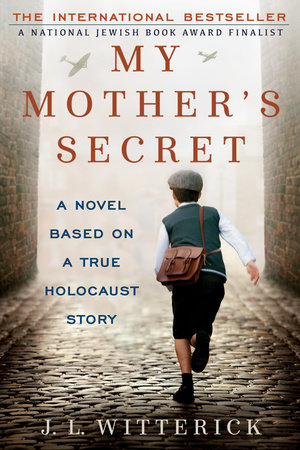 Based on a true story, My Mother’s Secret is a profound, captivating, and ultimately uplifting tale intertwining the lives of two Jewish families in hiding from the Nazis, a fleeing German soldier, and the clever and “righteous” mother and daughter who teamed up to save them.

Franciszka and her daughter, Helena, are unlikely heroines. They are simple people who mind their own business and don’t stand out from the crowd. Until 1939, when crisis strikes. The Nazis have invaded Poland and they are starting to persecute the Jews. Providing shelter to a Jew has become a death sentence. And yet, Franciszka and Helena decide to do just that. In their tiny, two-bedroom home in Sokal, Poland, they cleverly hide one Jewish family of two brothers and their wives in their pigsty out back, another in a makeshift cellar under the kitchen floorboards, and a defecting German soldier in the attic–each group completely unbeknownst to the others. For everyone to survive, Franciszka will have to outsmart her neighbors and the German commanders standing guard right outside her yard.

This book was inspired by the true story of Franciszka Halamajowa, who, with her daughter, saved the lives of fifteen Jews in Poland during the Second World War. She also hid a young German soldier in her attic at the same time. Before the war, there were six thousand Jews in Sokal, Poland. Only thirty survived the war and half of those did so because of Franciszka.

Originally from Taiwan, J.L. Witterick has been living in Canada since her family’s arrival in 1968. She attended the University of Western Ontario, graduating from the Richard Ivey School of Business. My Mother’s Secret is her debut novel. It is a bestseller in Canada and has been published in several countries around the world. Witterick lives in Toronto with her husband and son.

The Light in the Ruins
Chris Bohjalian

The Yonahlossee Riding Camp for Girls
Anton DiSclafani
Back to Top