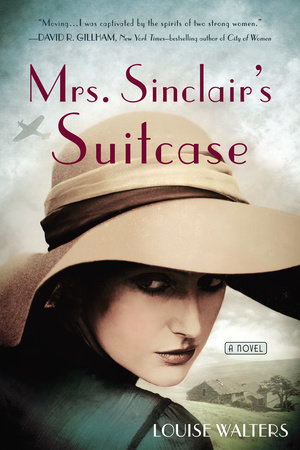 1. Motherhood is an important theme in the book. Do you identify with any of the attitudes toward mothering? Which counter your beliefs?

2. Consider Dorothy’s decision to become the mother of Nina’s baby. Do you think she does the right thing? Why or why not? Does she “adopt” or does she “steal” the baby? Why is Jan so opposed to what Dorothy does with baby John?

3. Did Anna’s desertion of Roberta have a big impact on Roberta’s life? How might have it affected Roberta’s choices and attitudes?

4. Dorothy has a difficult time with Mrs. Compton over the years. Ultimately, do you think Mrs. Compton is a good person? Why or why not?

5. Dorothy is rightfully devastated by her miscarriages. In what ways, years later, is she still affected by losing her pregnancies?

6. Roberta is described as spiky, cold, distant, and lonely. Do you agree with this characterization? Do you find her likable? Why does she choose to live such a solitary life? Will she find long-term happiness with Philip?

7. Consider Dorothy’s relationship with Nina and Aggie. How important are they to her? In what ways does Dorothy “mother them,” as Jan claims?

8. Should Roberta have been more honest with her grandmother about her son’s death and with her family about their heritage?

10. Does John’s adoption have a positive outcome for Dorothy? What about for John and Roberta?

11. Dorothy tells Roberta that she thought she once saw Jan many years after the war. Do you think she did see him?

12. How do the setting and time period play important roles in Dorothy’s story? Could this have been the same narrative if set in a different era?

To the Wedding
John Berger

Freud’s Mistress
Karen Mack and Jennifer Kaufman
Back to Top