My Sunshine Away Reader’s Guide 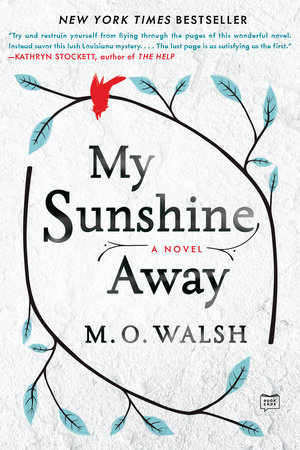 My Sunshine Away Reader’s Guide

print
My Sunshine Away Reader’s Guide

My Sunshine Away by M. O. Walsh
Discussion Questions

1. The narrator recounts the story out of chronological order. Why did the author choose to tell the story this way? How does this narrative structure allow him to explore the ways that events in our youth shape our lives as adults?

2. The book begins with the story of a rape. It also deals with child and animal abuse, as well as death and divorce. Yet the book does not feel bleak. Could My Sunshine Away be described as an optimistic book? If so, how?

4. Although this novel is intensely personal, it also touches on moments of national importance, such as the Challenger disaster and the serial killer Jeffrey Dahmer. How have world events affected you personally? At a time of constant news coverage, is there a difference between local and global?

6. At the end of the book, we realize the narrator is telling this story to his unborn son. Were you surprised? Did this discovery change your perception of the book and why he was telling the story? Do you think this “audience” affects the way it is told? Is it more honest, or less so?

7. The title of the book is the last line of the Louisiana state song, “You Are My Sunshine.” In what ways does it play into the themes of the book?

8. Chapter 28 is devoted entirely to the differences between Baton Rouge and New Orleans. How is this important to understanding the relationship between Lindy and the narrator?

9. Look back to the discussion of whiteflies on page 47. These insects reappear several times later in the book. How might they serve as a metaphor for memory in the novel?

10. Although the narrator spends years of his life thinking about Lindy Simpson, he comes to the realization that he never really knew her. What mistakes was he making in his attempts to understand her, both before and after the crime?

11. When the narrator begins the story of what he discovered in Jacques Landry’s private room, he has to stop himself and recount a good memory first. He says that doing this helps “keep darkness from winning.” Is it cowardly or perhaps dishonest for him to shuffle his memories around in this way, or is it wise? In what ways do you use your own memories to construct the type of person you want to be?

12. During one of the narrator’s lowest points, he gets great comfort from his uncle Barry. However, Uncle Barry is far from a typical role model. Why is he such a great help for the narrator? Can people to serve as role models or counselors even when they are deeply flawed?

13. The narrator is never named in the book. Why do you think the author decided to leave him unnamed? How does this affect the reading experience?

14. At one point, Julie tells the narrator that it would be up to her if she wanted to share painful moments in her past with him. Should partners share everything with each other, or are some secrets important to keep? Does anyone really know everything about someone else? How do we navigate our own secrets with the people we love?

15. At the end of the novel, the narrator tells his son that he wants the two of them to be “good men.” What does that mean to the narrator? Does the novel suggest a way of becoming a good man? Is the idea of being a “good” person wholly subjective, or are there moral touchstones to goodness that we all agree on?

Learn More About My Sunshine Away
print
Back to Top