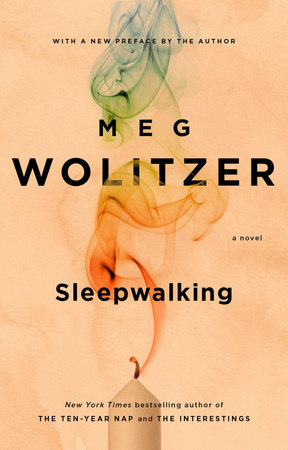 Published when she was only twenty-three and written while she was a student at Brown, Sleepwalking marks the beginning of Meg Wolitzer’s acclaimed career. Filled with her usual wisdom, compassion and insight, Sleepwalking tells the story of the three notorious “death girls,” so called on the Swarthmore campus because they dress in black and are each absorbed in the work and suicide of a different poet: Sylvia Plath, Anne Sexton, and Wolitzer’s creation Lucy Asher, a gifted writer who drowned herself at twenty-four. At night the death girls gather in a candlelit room to read their heroines’ work aloud.

But an affair with Julian, an upperclassman, pushes sensitive , struggling Claire Danziger-she of the Lucy Asher obsession–to consider to what degree her “death girl” identity is really who she is. As she grapples with her feelings for Julian, her own understanding of herself and her past begins to shift uncomfortably and even disturbingly. Finally, Claire takes drastic measures to confront the facts about herself that she has been avoiding for years.

Meg Wolitzer’s previous novels include The Wife, The Position, The Ten-Year Nap, and The Uncoupling. She lives in New York City.