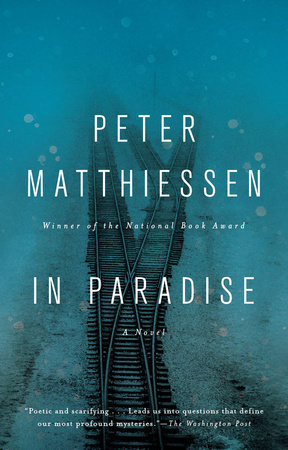 In the winter of 1996, more than a hundred women and men of diverse nationality, background, and belief gather at the site of a former concentration camp for an unprecedented purpose: a weeklong retreat during which they will offer prayer and witness at the crematoria and meditate in all weathers on the selection platform, while eating and sleeping in the quarters of the Nazi officers who, half a century before, sent more than a million Jews to their deaths. Clements Olin, an American academic of Polish descent, has come along, ostensibly to complete research on the death of a survivor, even as he questions what a non-Jew can contribute to the understanding of so monstrous a catastrophe. As the days pass, tensions, both political and personal, surface among the participants, stripping away any easy pretense to healing or closure. Finding himself in the grip of emotions and impulses of bewildering intensity, Olin is forced to abandon his observer’s role and to embrace a history his family has long suppressed—and with it the yearnings and contradictions of being fully alive.

Peter Matthiessen was a three-time National Book Award winner (twice in two nonfiction categories for The Snow Leopard, published in 1978, and again in fiction in 2008 for Shadow Country)  and the author of more than thirty books, as well as a world renowned naturalist, explorer, and activist. A cofounder of the Paris Review,  he was a member of the American Academy of Arts and Letters and a recipient of its William Dean Howells Award, a State Author of New York, and a recipient of the Heinz Award in the Arts and Humanities, among many other honors. A longtime student of Zen Buddhism, Matthiessen eventually became a priest of the White Plum Asanga. He lived for more than 60 years on the South Fork of Long Island, where he worked as a commercial fisherman in his twenties and died on April 5, 2014.


Learn More About In Paradise
print
Back to Top