The Echo of Twilight Reader’s Guide 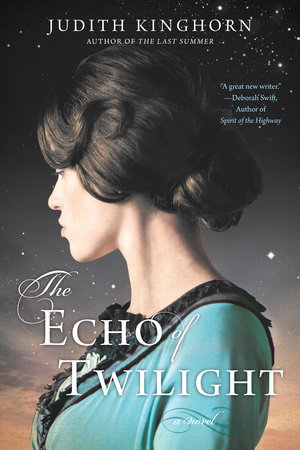 The Echo of Twilight Reader’s Guide

1. The relationship between Pearl and Ottoline is central to the novel and, at times, complex. Was this relationship convincingly developed, and who do you think was more loyal—Pearl or Ottoline?

2. Discuss the ways in which a failure to tell the truth could cause misunderstanding and altered Pearl’s path. Who do you think was the most honest person in the novel?

3. Ottoline’s perception of marriage and her attitude to fidelity is clouded. Can infidelity be excused in an arranged marriage or in one in which there is mental instability?

4. Women’s attitudes to their roles at home and at work changed during the First World War. How is this depicted in the novel, and why was being in domestic service “no longer something to be proud of”?

5. Discuss the novel’s depiction of early twentieth century morality, including attitudes concerning sex and pregnancy outside marriage. How did the men’s behavior contrast with the women’s?

6. Were you surprised by Hector Campbell’s attitude concering his wife’s unfaithfulness? Why do you think he tolerated her behavior?

7. Loneliness, mental illness, and depression are recurrent themes in the novel. Discuss how the author handled this, and which characters suffer and why.

8. Part three of the novel takes place after the end of the war. Discuss the ways in which its effects continued to be seen and felt by the characters.

9. Apart from Pearl, which character do you feel undergoes the most dramatic transformation in the novel?

10. Were you shocked by Ottoline’s and Hector’s deaths? Who do you think was driving the car, and do you believe it was an accident?

11. Was Kitty’s lie to Theodore Godley about the baby (Pearl) dying understandable and forgivable? How did you feel about this revelation, and did it alter your view of Kitty?

12. Is Ralph Stedman a convincing romantic hero, despite his absence for most of the story? What was it about him that Pearl fell in love with? Did you believe he survived the war?

13. Lila innocently and inadvertently reveals to Ralph that she is his daughter. How realistic is this exchange, and how do you foresee Ralph’s future relationship with Lila?

14. Which of Pearl’s relationships had the greatest influence on her—her relationship with Kitty, Ottoline, Lila, or Ralph?

Learn More About The Echo of Twilight
print

The Commoner
John Burnham Schwartz
Back to Top