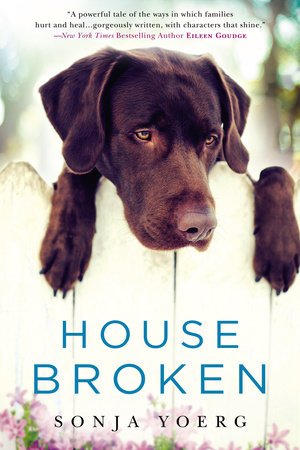 In this compelling and poignant debut novel, a woman skilled at caring for animals must learn to mend the broken relationships in her family.…

For veterinarian Geneva Novak, animals can be easier to understand than people. They’re also easier to forgive. But when her mother, Helen, is injured in a vodka-fueled accident, it’s up to Geneva to give her the care she needs.

Since her teens, Geneva has kept her self-destructive mother at arm’s length. Now, with two slippery teenagers of her own at home, the last thing she wants is to add Helen to the mix. But Geneva’s husband convinces her that letting Helen live with them could be her golden chance to repair their relationship.

Geneva isn’t expecting her mother to change anytime soon, but she may finally get answers to the questions she’s been asking for so long. As the truth about her family unfolds, however, Geneva may find secrets too painful to bear and too terrible to forgive.

Sonja Yoerg grew up in Stowe, Vermont, and earned her Ph.D. in Biological Psychology from the University of California at Berkeley. Her non-fiction book about animal intelligence, Clever as a Fox was published in 2001. She currently lives in the Shenandoah Valley of Virginia with her husband. Together they run, garden, remodel houses, cook, eat, drink wine, then run some more. House Broken is her first novel.

The After Wife
Gigi Levangie Grazer
Back to Top