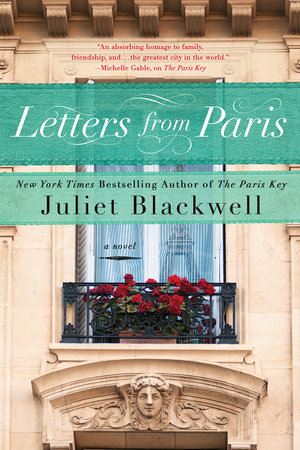 Claire finds herself at a crossroads in life, and takes off to Paris. Do you find her actions precipitous? Could you imagine picking up and starting over in a foreign land? What factors made it possible for her to do so?

Have you ever felt that you just didn’t belong– whether in your new circumstances, or when you went back home, or both? If so, did you adjust over time, or did you take steps to change your situation?

Have you ever been so intrigued by an item – a piece of art, a letter, an old journal—that you were compelled to trace its history? Do you find it believable that Claire went to Paris to research L’Inconnue’s mask?

In what ways did the themes of Sabine’s and Claire’s stories intersect in the novel, and in what ways are they different?

Sabine and Claire both come from humble backgrounds. Claire was able to move to a big city and do well for herself, while Sabine’s choices were very limited. Still, Sabine was lucky to be in Paris during a time when artists were hungry for models. If Sabine were living in contemporary times, how might her experiences (and opportunities) have been different?

When Claire is first touring Paris, she finds the city disappointing. How does she come to love it? Have you ever had a similar experience?

What do you think of the concept of kintsugi? Are there broken things in your life – physically or metaphorically – that you are inspired to repair with gold lacquer, to make a feature of the breakage?

Several times Claire reflects on the sentence: “Who knows the truth? It is the story that is told.” Are there family stories in your life that you question? How might such tales take on a life of their own?

Had you ever heard of the sculptor Camille Claudel? How do you think her sculpting career might have developed differently had she been a man? In what ways do you think Claudel influenced Sabine?

Why do you think so many people have been enamored with the “Mona Lisa smile”? What do you think it was about L’Inconnue’s smile –or her story– that has made people respond so strongly to her mask?

Do you have the sense that Claire’s fear of water is symbolic? What might it mean for her to “learn to swim”?

Toward the end of the novel, Delphine and Pierre-Guillaume bring a painting of Galatea to the studio. In it, the statue is freeing herself from a block of marble. How does this relate to Sabine’s earlier experiences?

Camille Claudel points out to Sabine that a muse chooses her artist, rather than the other way around. In the later part of her life, do you think Sabine chose Jean-Baptiste as the “artist of her choosing,” or herself?

Do you think Armand and Claire will go on to renovate the family château? Why, or why not? Do you think it would be worth it to do so?

What do you suppose happened to the real model for the L’Inconnue death mask?

Composed with the instant online HTML editor. Please purchase a HTML Kit license to remove the promotional messages from the edited documents.

The Queen of the Big Time
Adriana Trigiani

I Always Loved You
Mozhan Marnò and Robin Oliveira

I Take You
Eliza Kennedy
Back to Top