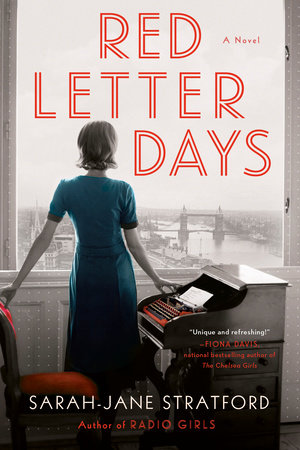 1.   Hedda Hopper was a real person, who really did wield great power as a gossip columnist, destroying the careers of suspected Communists, homosexuals, or anyone she believed was involved in some scandal. How do you think her newspaper and radio programs were allowed to have such influence? What might have stopped her at the time? How might a similar person be stopped from doing such damage today?

2.   Many former Communists were frightened enough by the prospect of being blacklisted or imprisoned that they agreed to “name names.” What other alternatives might there have been? Do you think their choices were reasonable?

3.The fears of the spread of Communism, or rather, the fears of the growing power of the Soviets, were used to justify the actions of HUAC and the FBI. What sort of response in the face of concern might have been more reasonable?

4. Hannah Weinstein really did report being followed while living in London. Do you think the FBI’s tactics were just attempts to frighten people, or did they think there was something to learn from their tailing?

5. Wiretapping was just as chaotic as described in Phoebe’s experience—either there was silence at the other end or, occasionally, a recording of a previous conversation. How does this invasion of privacy compare with tactics used today, by either law enforcement or sites attempting to tailor marketing?

6. Hannah tells a story about her first foray into television when there were no designated women’s lavatories and so she used the men’s and hung her handbag over the door. This comes from a real anecdote a female pioneer in television recalled. What other hurdles do you think women had to leap if they wanted to be part of the growing industry? How does that compare to today?

7. Though a number of people who lost their work and good name in this era knew either who named them or why they were destroyed, many did not. Discuss whether you think Phoebe is correct and it was her action at the airfield that got her on the blacklist, or another cause. Who might have named her?

8. The Adventures of Robin Hood was a hugely popular television series, and many of its episodes were lightly veiled critiques of authoritarianism and the Communist witch hunts. In what ways could the show have shaped the views of its young audience? How can art change the way people think about things?

9. Though Britain dealt with actual spies for the Soviet Union, and was by no means pro-Communist, the British government never emulated anything like HUAC, and the general attitude was that the witch-hunting in America was unacceptable. Why do you think that was? Was it just their experience of the war, or do you think there was something more inherent in British culture that prevented such persecution?

10. Phoebe claims to not want to get involved with a man because she is worried such involvement might mean she won’t be able to keep working. Hannah is considered an exception in that she’s married with children and yet holds a position of power. Do you think Phoebe would have been able to keep working and build herself up to a staff position if she were married and had children? How do you think it compares to working mothers today in the television—or any—industry
Learn More About Red Letter Days
print

The Air You Breathe
Frances de Pontes Peebles
Back to Top