With Love from the Inside Reader’s Guide 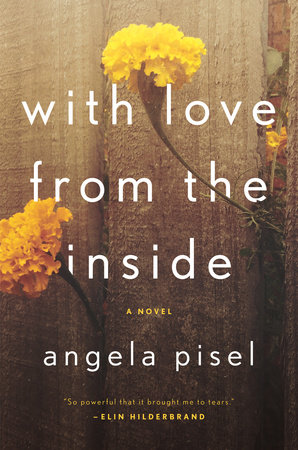 With Love from the Inside Reader’s Guide

print
With Love from the Inside Reader’s Guide

1.      The theme of forgiveness is explored throughout the book. Grace needed to forgive herself for her shortcomings as a mother to both William and Sophie, while Sophie needed proof of her mother’s innocence before she could offer forgiveness. Do you think either character found the forgiveness she was seeking?

2.      How did Paul’s premature death affect Grace’s time on death row? Do you think her conviction would have been overturned if Paul had lived? How might Sophie’s life have been different if her father had lived?

3.      Sophie moved on with her life after she graduated from high school and decided to keep her family’s secrets in the past. Do you think she made the right decision?

4.      Do you think Thomas and his family would have accepted Sophie initially if they had known the truth about her mother?

5.      The values of Sophie’s family were vastly different from the values of Thomas’s family. What values or lessons did Grace want to make sure were passed on to Sophie? Why do you think Thomas and Sophie’s marriage survived the deception?

6.      For most of her time on death row, Grace seemed to experience more “freedom” while living on the inside than Sophie experienced on the outside. Why do you think this was the case?

8.      What surprised you the most about death row? What most saddened you?

Learn More About With Love from the Inside
print

Someone We Know
Shari Lapena
Back to Top