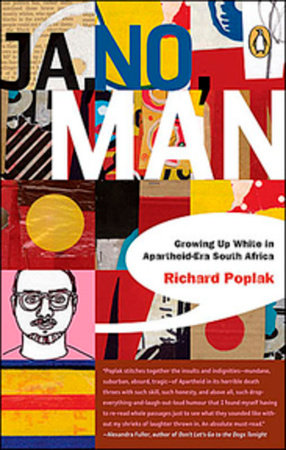 About Ja No Man

“Boet,”said Kevin, “there’s a jazz somewhere down by the assembly hall where okes can do what they smaak, and I hear from reliable sources that it’s lekker down there.”

Like most children of the 1970s and 1980s, Richard Poplak grew up obsessed with pop culture. Watching The Cosby Show, listening to Guns N’Roses, and quoting lines from Mad Max movies were part of his everyday life. But in Richard’s country, South Africa, censorship in the newspapers, military training at school, and different rules for different races were also just a part of everyday life. It was, as Richard says, “a different kind of normal.”

Ja, No, Man articulates what it was like to live through Apartheid as a white, Jewish boy in suburban Johannesburg. Told with extraordinary humour and self-awareness, Richard’s story brings his gradual understanding of the difference between his country and the rest of the world vividly to life. A startlingly original memoir that veers sharply from the quotidian to the bizarre and back again, Ja, No, Man is an enlightening, darkly hilarious, and, at times, disturbing read. 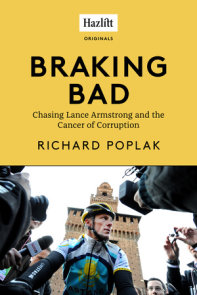 See all books by Richard Poplak

Richard Poplak was born in Johannesburg, South Africa, in 1973 and immigrated to Canada with his family in 1989. A co-founder of the successful Canadian music label 2wars & A Revolution Records, Richard is also a trained filmmaker and has… More about Richard Poplak