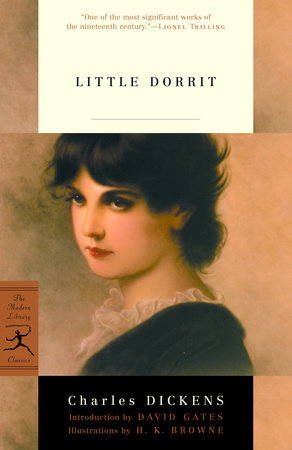 1. Imprisonment is a theme in many of Dickens’s novels, but is perhaps most fully realized in Little Dorrit. Discuss the attitudes of Mr. Dorrit and Little Dorrit toward the Marshalsea. How are they similar? Different? To what extent is either character able to overcome feelings of imprisonment once set free?

2. Critics have noted that, just as the text is divided into two books with opposing titles, “Poverty” and “Riches,” Little Dorrit is organized according to numerous symmetries. (For instance, “Sun and Shadow” of the first chapter.) Identify and discuss some of these symmetries. In what specific ways do they help advance the novel’s complex plot.

3. As in many of his novels, Dickens uses Little Dorrit to criticize government agencies he finds corrupt or incompetent. Discuss Dickens’s portrayal of the Circumlocution Offic. What is the meaning of the office’s name? Did you find Dickens’ critique successful? Why or why not?

4. Discuss the role of female figures in Little Dorrit. In particular, how do figures such as Amy Dorrit compare to other female characters that you have encountered in other novels by Dickens?

5. Dicuss the character of Arthur Clennam. Do you consider him the novel’s hero? Why or why not?

A Tale of Two Cities
Charles Dickens
Back to Top