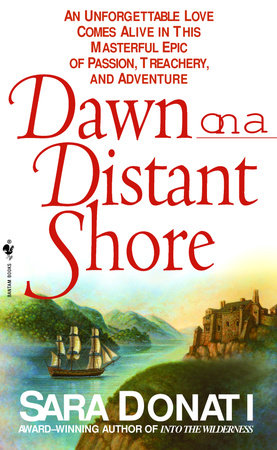 1. Land ownership and bloodline both in New York and Europe was of utmost importance at the time of the Wilderness Series. What impact did this have on the Bonner family when they went to Scotland?

2. How does Elizabeth react to the knowledge that Nathaniel and their children are heirs to an earldom in Scotland? How is this comforting or not?

3. How is Hannah’s medical education enhanced by her association with the Hakim? How does she reconcile what she learns with what knows from her Mohawk-Scots ancestors who were healers?


Questions for readers of any of Sara Donati’s Wilderness novels:

1. The northern and northwestern part of New York State was the nation’s untamed frontier in the late 18th and early 19th Century, the era of the Wilderness series. How does this frontier experience differ from that of the traditional western or “wagons west” description of America’s wilder places? How is it the same? Why was the settlement of upper New York State significant to people in Canada? To England? To France? To Holland?

2. Why is settlement by Europeans significant to the Native Peoples–and how do settlers like the Bonner family and others in the town of Paradise both complement and conflict with them? What roles do the slaves and the freed slaves, serve?

3. Discuss the Freeman family’s activities in aiding runaway slaves’ flight to freedom. Do you think they helped these people, or contributed to setting the stage for continuing and future conflict for them? What role did the African Free School, and Manny Freeman’s association with it, play in the abolition of slavery? Do you think the Gradual Manumission Act was devised in a fair manner?

4. Most of the characters in this book have dealt with an eminent amount of loss. How have these losses shaped the characters’ weaknesses and strengths?
5. Author Donati uses wonderful place and character names drawn from the Native Language. Discuss the symbolism of the characters’ names (i.e. Walks-Ahead, Bone-in-Her-Back, Hawkeye, etc.). How do these names illuminate the characters themselves? Would you choose a descriptive name for yourself–and what would that be?
Learn More About Dawn on a Distant Shore
print

Lake in the Clouds
Sara Donati

The Outlander Series Bundle: Books 5, 6, 7, and 8
Diana Gabaldon
Back to Top