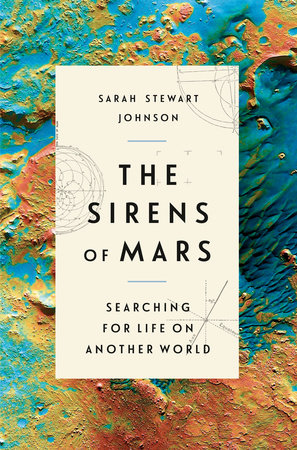 1.     In the prologue of The Sirens of Mars, the author writes, “The story of Mars is also a story about Earth: how we’ve sought another stirring of life in the universe, and what that search has come to mean. . . . Mars has been a blank canvas. And tenderly, our human seeking has rushed to fill it” (12–13). How does the story of Mars and Mars exploration reflect the story of Earth? Do you think Mars is still a “blank canvas” today? Why or why not?

2.     Throughout the book, the author weaves in stories from her own life, painting an image of a young girl, and later a young woman, perennially intrigued by the same thing: space, the stars, and Mars. Why do you think this was so arresting to her, even as a child? Have you had a similar guiding star in your life, something you constantly turn to with wonder and awe?

3.     The Mariner 4 mission was focused on gathering images of Mars that would be far more powerful than the best telescopic observations of the time. The author writes, “Like Martin Luther insisting on a direct relationship with God, the imaging eliminated the need for an interpreter” (10). What do you think is gained, for scientists or the general public, in having this direct relationship with the planet?

4.     Once the Mariner 4 transmitted its images of Mars, it revealed that the surface of the planet was covered in craters—indicating that Mars was likely “dead.” The media and the world reacted in disappointment. “Upon seeing the pictures, Lyndon Johnson sighed, ‘It may be—it may just be—that life as we know it . . . is more unique than many have thought’” (18). Why do you think it was so disappointing to learn that there was no life currently on Mars? What does the idea of life being “unique” to Earth invoke in you?

5.     The author frequently describes her relationship with her career and her craft via religious metaphor, explaining that it felt “holy” to be present in Mission Control at NASA’s Jet Propulsion Lab or writing how it feels to worship her scientific pursuits. Why do you think the author uses religion to describe her passion?

6.     Discuss the story of David McKay, the geologist who studied ALH84001 in the 1990s and determined that the slice of rock contained evidence of life on Mars. Only a year after publishing his groundbreaking study, his arguments had been largely abandoned by the scientific community and he found himself under immense stress. Consider the fact that any day, new evidence can be discovered that may entirely discredit a person’s work—or, as the author says: “The collapse of an abiding belief is always just one flight, one finding, one image, away” (35). How do you think scientists are able to cope with this ever-shifting landscape in their field? How would you cope in this kind of environment?

7.     During the author’s sophomore year of college, she attended a presentation by MIT professor Maria Zuber. Partway through the talk, she realized that this was the first time she had heard another woman give a presentation on planetary science. Discuss what Dr. Zuber’s and the author’s experiences may be like, being women in such a male-dominated field. What factors might contribute to there being fewer women in fields like planetary science? What do you think the author’s colleagues could do to help ease some of the difficulties of being the sole woman, or one of the sole women, on the job? Is there anyone in your life in a similar situation?

9.     On a trip to Hawaii for a geoscience class in college, the author and her classmates visited a volcano. There she encountered a fern growing amongst the solid lava and she was utterly transfixed by the plant. She writes, “that fern on the volcano was even more striking up there by itself, all alone. It was just so impossibly triumphant. . . . Huddled under a rock, growing against the odds, that fern stood for all of us” (100). Do you agree, that human beings are like that sole fern within a seemingly desolate landscape? Why or why not?

10.  In reading The Sirens of Mars, were you attracted to any of the scientists’ life stories in particular? If yes, whose story interested you most? Why?

11.  The birth of the author’s first child and the landing of the Curiosity rover occurred nearly simultaneously in August of 2012. Throughout the first year of her son’s life, she follows the updates of the mission but worries that she won’t be able to “catch up” with her colleagues. Discuss this tension between professional and personal ambition. Why do you think this tension is felt so acutely by women? Do you think there is a point at which individuals have to choose one over the other? Why or why not?

12.  Why are humans constantly in search of other life in the universe, including on Mars? Why is the planet a “siren” to humans, like the title of the book suggests? What is at stake in this search? After reading The Sirens of Mars, do you feel it is likely that evidence of other living organisms will be discovered in our lifetimes?

13.  At various points in the book, the author grapples with the underlying meaning of studying planets for evidence of life. She presents several viewpoints, at one moment asking, “What if it was pointless? . . . Would any of it matter against the backdrop of an empty cosmos?” (133). Later, representing another point of view, she argues the search for life in other worlds is “the search for inﬁnity, the search for evidence that our capacious universe might hold life elsewhere, in a different place or at a different time or in a different form” (179). Consider these two viewpoints: the first that our efforts are futile, and the second that our efforts are representative of a greater hope. Where do you fall on this spectrum of thought? Do you find the search for life futile or hopeful?
Learn More About The Sirens of Mars
print

The Illustrated A Brief History of Time
Stephen Hawking

What We See in the Stars
Kelsey Oseid

Through Two Doors at Once
Anil Ananthaswamy

The Particle at the End of the Universe
Sean Carroll

The Wizard and the Prophet
Charles Mann and Charles C. Mann

The Alchemy of Air
Thomas Hager

The Future of Humanity
Michio Kaku