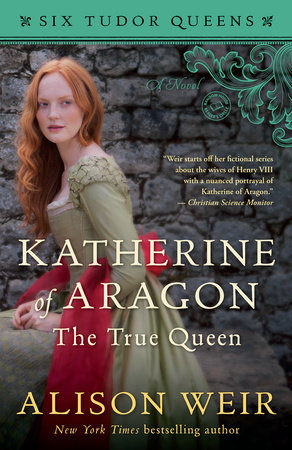 THE PRINCE OF THE ROSES

1. Did this novel afford you a new perspective on Katherine of Aragon? In what respects did it change your view of her?

2. Were you convinced by the author’s account of Katherine’s first marriage? Was Henry VIII later justified in basing his nullity suit on the consummation of the marriage between Katherine and Arthur?

3. What do you make of the relationship between Katherine and Fray Diego? Was the friar as unscrupulous as some made out?

4. The author believes that Henry VIII’s love for Katherine was probably no grand passion; rather, it epitomized all his ideals about women and chivalry and courtly love. Do you agree?

5. Katherine experienced many sadnesses and tragedies. If her sons had lived, how different would her life have been? And how would the course of English history have differed?

6. Why did Katherine lose so many children at birth or in infancy? Are there any hints in the book that suggest an explanation?

7. One modern and increasingly popular view is that Katherine could have made things much easier for herself and her daughter Mary if she had taken a pragmatic approach to Henry’s demand for an annulment. Why did Katherine stand so firmly on her principles? Were there broader issues at stake?

8. Thomas Wolsey and Thomas Cromwell were two very different characters, at opposite ends of the political and religious spectrum. Why was Katherine at odds with both? Was Wolsey really sympathetic to Katherine? Is it possible to feel pity for him?

9. Did Katherine delude herself during the years of the Great Matter? How could she have persisted in believing in Henry’s innate goodness when he was treating her so cruelly? What evidence is there that he retained any vestiges of affection for her?

10. Was Katherine right to make her stand? Do you believe she was Henry’s true wife and queen, as she insisted to her last breath?

11. In recent years there have been calls for Katherine to be canonized. Do you think she merits the accolade of sainthood?

Learn More About Katherine of Aragon, The True Queen
print
Back to Top