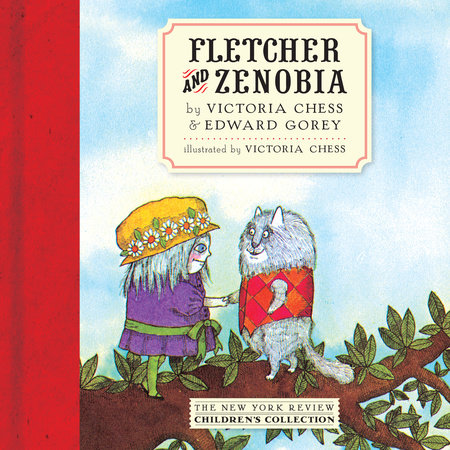 About Fletcher and Zenobia

Our story opens with a cat stuck in a tree, an ordinary-enough occurrence. Fletcher the cat, having run up the tree in a moment of thoughtless abandon, cannot get back down. Then strange things begin to happen: Fletcher finds in his tree a steamer trunk full of hats, and among the hats a papier-mâché egg that opens to reveal Zenobia, a worldly talking doll who was locked in the egg by an unfeeling child named Mabel. To cheer each other up, Fletcher and Zenobia decide to throw a party, complete with cake, peach ice cream, and punch from a silver punch bowl. The hats come in handy, and a moth, drawn to the festivities, soon becomes the vehicle of an unexpected escape plan.

A story of metamorphosis and friendship, like The Owl and the Pussycat crossed with Alice in Wonderland, Fletcher and Zenobia is a wildly imaginative tale of wish fulfillment and freedom. At once silly and zany, it is not without a certain delicacy of feeling that older children, and adults, will also appreciate. 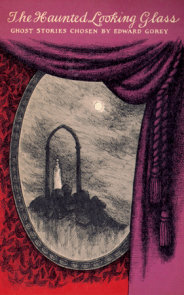 See all books by Edward Gorey

“When I was young, my favorite picture book was Fletcher and Zenobia.” —Rick Riordan, author of Percy Jackson & the Olympians

“Edward Gorey, known for his macabre sense of humor and somewhat creepy illustrations, teams up with Victoria Chess to produce a whimsical, slightly psychedelic picture book story that I found *very* groovy as the child of hippies.” —Rick Riordan, Myth & Mystery blog

“I was especially charmed by Fletcher and Zenobia…It is deliciously eccentric and assured.” —Kate Kellaway, The Guardian (UK)