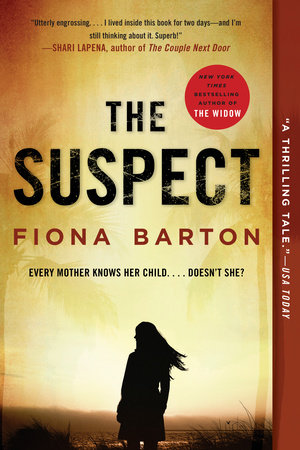 1.Alex’s thoughts often contradict what she says on Facebook and in e-mails to her parents. Why do you think this is? Do you think the author is making a statement about social media culture? Why or why not?

2.Discuss the relationship between Kate and the families in Part One of the book. How does this relationship change after Kate learns who the possible survivor is?

3.Examine Kate’s relationship with her fellow journalists before and after she learns about the possible survivor and suspect. Do you think she is unfair to them? Do you think they are unfair to her? Why or why not?

4.It is a common perception that journalists often need to detach themselves from a situation in order to do their jobs. At one point, when learning details about the case, Kate thinks, “But this is us. Not some story to be picked over for the best quote.” Do you think the events of the novel will impact Kate’s career in the future? How?

5.A major theme in the novel is that parents might not know their children as well as they think they do. Discuss the ways this idea is explored in the novel. Do you think that this is inherent in parent-child relationships?

6.Similarly, Alex and Jake both end up in trouble because of their unwillingness to tell their parents about the trouble they’re in. Discuss the relationship they each have with their parents. Did their actions surprise you? Why or why not?

7.What role does the media play in the book? As in The Widow and The Child, the media is inextricably linked with the police investigation. Do you think the author is conveying a broader message about the role of journalism and news organizations? If you have read The Widow and/or The Child, do you think that Kate’s being a core part of the story in The Suspect dramatically changes the perception of the media in this novel when compared to the two other novels?

8.Discuss the character of Lesley. What did you think of her at the beginning of the story? Did your opinion change over the course of the novel? Were you surprised by her desired punishment for the person responsible for her daughter’s death? Why or why not?

9.Discuss Kate’s actions at the very end of the novel. Why do you think she chose not to confront her son? Do you agree with her decision?
Learn More About The Suspect
print
Back to Top