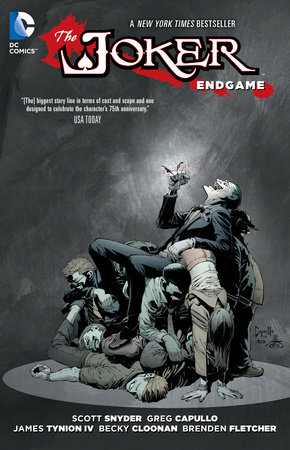 About The Joker: Endgame

He is Batman’s greatest enemy, his deadliest threat, his opposite number. His bloody-minded madness is exceeded only by his twisted genius. He is the Clown Prince, the Pale Man, and his crimes turn the world into one big, sick joke.

But today, the joke is over.

As The Joker plays his endgame with the Batman, citizens, villains, and heroes alike must survive his deadly antics and come to terms with who The Joker is and what he means to them. 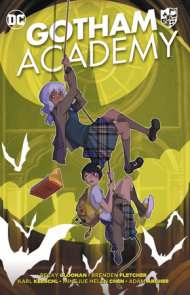 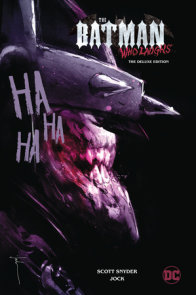 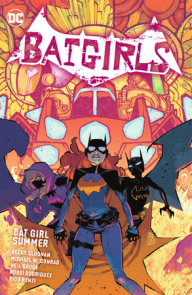 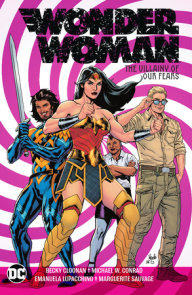 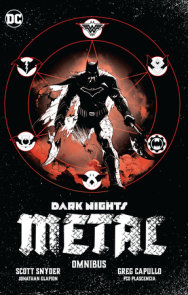 Scott Snyder is a #1 New York Times best-selling writer and one of the most critically acclaimed scribes in all of comics…. More about Scott Snyder

“[The] biggest story line in terms of cast and scope during the duo’s classic four-year run on the series and one designed to celebrate the character’s 75th anniversary.”—USA TODAY

“Just when you thought it couldn’t get any bigger or better, here comes ENDGAME.”—TECH TIMES

“Endgame, as with all of Snyder’s run of Batman so far, is a story that simply should not be missed.”—IGN

“Why is Gotham City crumbling, you ask? Well, that’s mostly due to Batman writer Scott Snyder putting the city through the wringer time and time again in consistently excellent stories like “Court of Owls,” “Death of the Family,” and now “Endgame.””—NERDIST